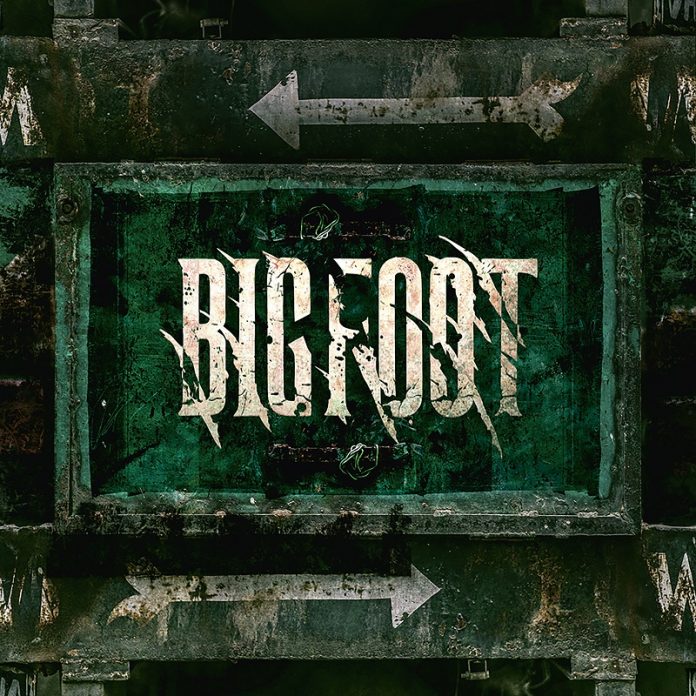 Earlier this year, The Black Spiders said a final farewell (there may have been a bit more swearing than that) and for their spring jaunt they had a highly touted band from Wigan in tow.

MV said this about them: “With the politics of the current period being what they are, you do almost have to remind yourself that it’s not the late 1980s at the best of times. One listen to Bigfoot, though and you are instantly transported back to 1988 – and musically at least, that is just fine.”

Now, six months later it’s time for the debut record, and if MV does say it ourselves, we are pretty good judges. At least on the surface, but here, you have to scratch beneath the sheen.

The Frontiers Label has proved itself to be the home of wonderful rock n roll recently and “Bigfoot” has the same type of polished production as Brit hard rock standard bearers Inglorious  and Wayward Son s (who are label mates).

The band cite a love of artists as diverse as Pantera and The Eagles and, whilst it would be a stretch to say they sounded like either, or that any of this was a mash-up of Cowboys From Hell or Hotel California, there is something at play here that you might not expect.

Opener, “Karma” does have a darker riff than many. It seethes with anger and its breakdown would, in the right circumstances, induce a moshpit, with no problem at all. Likewise, its follow up, “The Fear” is an interesting mix of UFO and outright, unashamed 1980’s AOR.

“Tell Me A Lie”, breaks all hell loose after a bell rings as well as inviting itself round for trouble not only has echoes of GnR, it boasts a horn section and a mighty chorus. To avoid any doubt, all those things make it very good indeed and it is absolutely the standout moment here.

Albums like this one always had a power ballad, “Forever Alone” fancies  the idea and the guitar wouldn’t have been out of place on a Bon Jovi record (as always, mention of Jovi on this site is a compliment).

There is a feeling, though, that Bigfoot are happier when they’re bringing the rock. The insanely catchy “Eat Your Words” is the best song Black Stone Cherry never wrote and the bluesy, southern fried “Prisoner Of War” is another that thinks there ain’t no hook like an 80s hook.

If largely this starts in a bygone age and plays with the formula, then “Freak Show” – which offers that it is “fun to sin” – is the most straightforward, fists in the air moment. A better example, perhaps, that they play by a different rulebook is “I Dare You” which infuses a reggae beat by the end.  The feeling that there’s a dark heart beating here is rather cemented by “The Devil In Me” which is positively eerie.

As all music like this should be, this is cocksure, “Uninvited” drips with sex appeal, and is more than happy to have a good time, but the way the album closes suggests there’s a lot more to come from Bigfoot if they choose.

This is a hard rock album, but most hard rock albums don’t end with a nine-minute proggy thing that contains the key line “I’m taking my time until I know it hurts you the most.” This one does. That’s why this one is more interesting than many.

Whilst it would be tempting to say something glib like posters of Bigfoot would have been on the walls of every rock fan in the 1980s, this is not a dated effort, and the rise of artists like the aforementioned Wayward Sons and Inglorious prove that the time is right for a revival of classic rock, even more so if it has something new to offer. With “Bigfoot”, Bigfoot are as well placed as any to take advantage, especially as there’s something a little wilful about them.