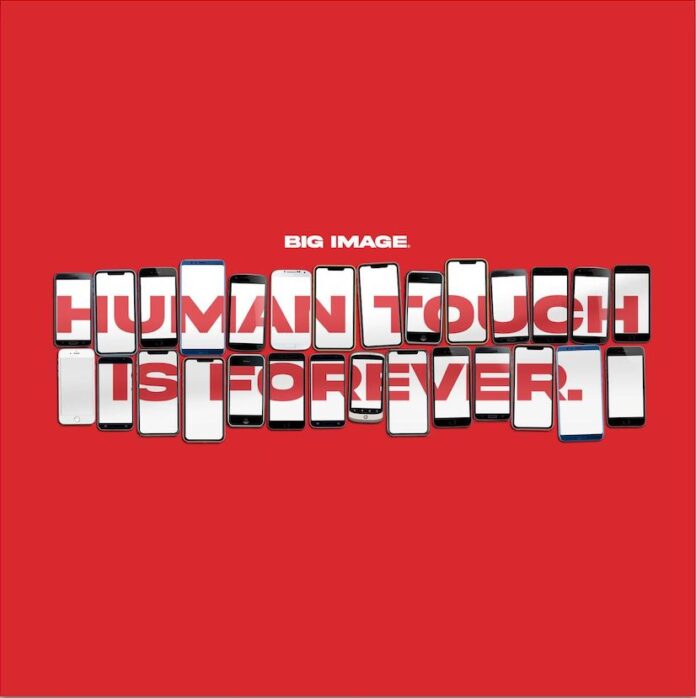 Big Image were previously called Ivory Wave and did ring a bell with me but during the covid lock down these West Midlander’s, the quartet comprising George Johnson and Luke Morris from Kidderminster and Connor McMinn and Seb Baldwin from Worcester redefined their sound and have a new four track EP `Human Touch Is Forever` out this month.

This extended play opens with `Parallel Love Affair` and it`s a quite infectious slice of baggy-esque dance music that won`t fail to have you singing along by the end. The music will have you at the very least tapping your foot along to it and the repetitive line of “This parallel love affair, won’t take me anywhere, won’t take me anywhere” will get into your subconscious and you`ll be singing it for hours after, believe me.

We have similar with `Crazier` but it`s more of an anthemic summer song and I can see a crowd jumping up and down and waving their arms along to this number in a live situation.

`Something` about which vocalist George Johnson says, “I wrote Something the day before we first met up again as a band after lockdown. I was really missing going out, so the song is about all the best nights out we’ve had rolled into one, hence the obvious acid house influence. I wrote it in about 30 minutes. It’s a simple pop song and that’s why I love it”. It`s another upbeat festival filler and there`s also a remix of the track by Aberdeen duo testpress doing the rounds and worth checking out.

This four tracker closes out with `Sleeping Alone` which is more laid back, kind of reflective melodic number, maybe a track to ease us down after the excess of the other three hi energy block busters.

It does also demonstrate that the band have more to their arsenal than anthemic thumpers.

There was plenty to enjoy with `Human Touch Is Forever` and it certainly gives you an appetite to hear more from these fellas. A band that would go down a storm at a festival.

Big Image, a name worth keeping in mind.