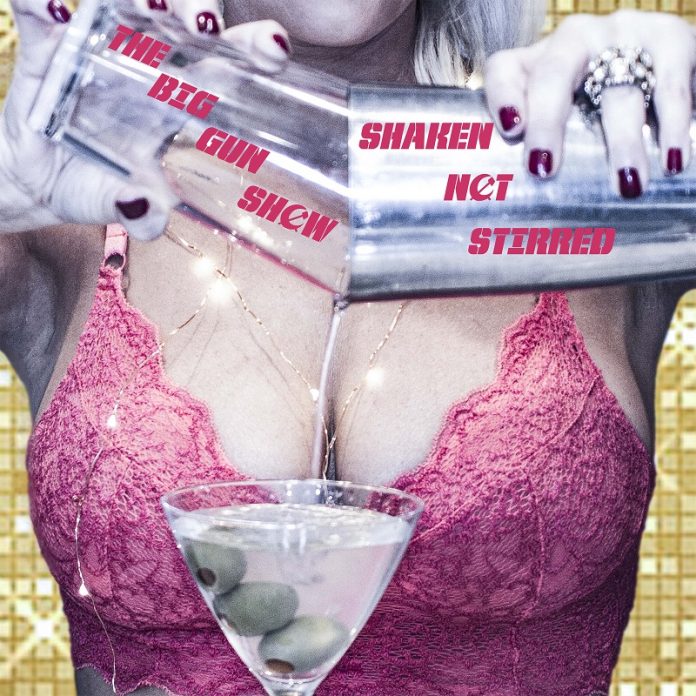 Maybe it’s because I am going to see the Stones next month, but there was something about the email subject line that said: “This is what happens when Keith Richards and Ray Wylie Hubbard collide” that intrigued rather more than the usual submission.

The men behind that great line are The Big Gun Show, and to clear up any doubt the five piece from Austin, Texas more than make good on that claim across the five tracks that “Shaken And Stirred” contains.

“Got What You Wanted” is as loose and sloppy as The Stones at their best too, not least because it’s got a real funky bass groove and it entirely understands that putting handclaps on anything – like when bands use cowbell – makes it sound ace.

And then – and in truth this is the best thing about TBGS full stop – is the fact that they are all enough to know better, but still young enough to know exactly where the trouble is. Influenced by Keef? You reckon: “then we took one, then another, and another after that” goes a line in its second verse,  and follows it up with: “you took me home, then I left and I knew I’d never call ya back”. And somewhere, even subconsciously there’s a man in his 70s who plays guitar in a rock band that is nodding in approval.

But then arguably they top the thing with the wonderful “Sick And Tired” which is a country stomp, complete with fiddle if you don’t mind, right from the wrong side of the tracks. If you could line dance to “Copperhead Road” then this is a do a line dance, if you will. Even the honky tonk piano sounds dirty.

“Stud” is basically a reworking of the Bond theme, but again, if there’s double-entendre about OO7, then here, Moneypenny gets thrown over the desk and given a good seeing to  – and the extremely questionable lyrics, are, you hope, tongue in cheek.

Just when you think they don’t have any tenderness in them, “Let It Shine” is a slow building slice of southern rock with a laid-back mindset, before “Anyway” ends things and these ears can’t stop hearing “She Hates Me” by Puddle Of Mudd when it comes on.

All served up with just a hint of danger too. Make mine a double – it’s as sweet as brown sugar.