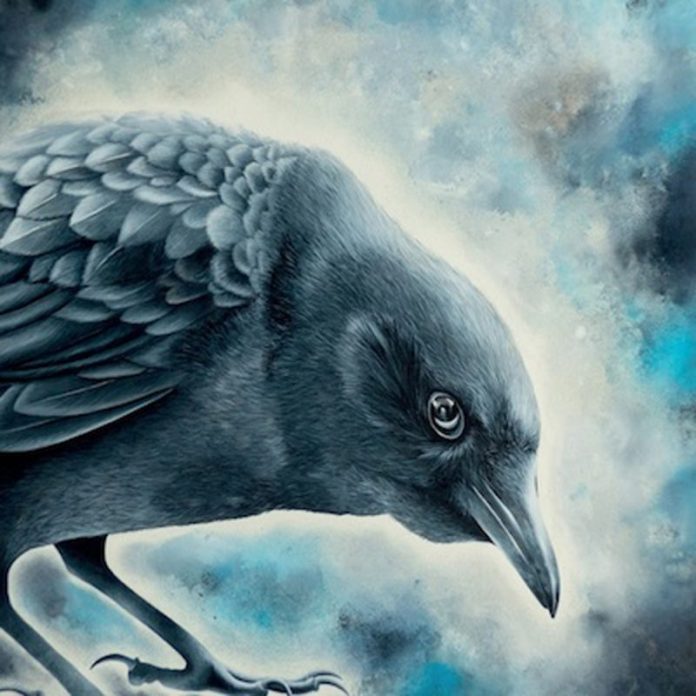 MV’s newest reviewer steams in with this brilliant new one

Despite having been making albums since the early 90’s Big Big Train are not in any way a ‘known’ band, rarely played on national radio and they have not been the band of choice to provide incidental background music on TV programmes and the like. They are however, a band that has been avidly followed by a relatively small and extremely loyal group of supporters known as ‘passengers’.  The Big Big Train is about to get bigger.

Folklore is the new album release from Big Big Train and what they have delivered here is, I suspect, what many of the avid fans will immediately cite as their best album to date. No mean feat considering the quality of their last ‘Full Power’ release. The Big Big distinctive sound remains along with familiar tipping of hats to their musical influences, early Genesis, Gentle Giant, Jethro Tull, Camel etc. However, this is a body of work that has a more forthright, assertive confidence, one that is able to perfectly reflect the bands own naturally honed collective self-identity and range of matured strengths which have organically evolved over time.

From the moment the fanfare of brass and strings allow the band to burst into the opening and title track of their ninth studio album, a number of facts begin to unfold before the listener. Esteemed sound engineer Rob Aubrey’s production is second to none, and the band have not only set themselves, but also their fellow contempories, the higher benchmark by which the quality of future releases will be measured; this is an album that is not going to be ignored.

Song writing, duties are split between lead singer Dave Longdon and bassist Greg Spawton and yet the storytelling is not in any way polarised. Over the course of the nine songs the album presents as a cohesive force, the musical engine never unnecessarily distracts us from the prevailing themes of time, legacy and mortality: ‘We pass it on we hand it down…when we’re gone, we carry on’. With these themes present it may have been fair to expect an album that is sombre and morose in nature and yet what we have here is on the contrary – a work that is beguiling, intriguing and ultimately uplifting.

The closing track is a point in question – ‘Telling the bees’ hits you immediately with a mother informing her son of his father’s death and yet in the hands of a crafted songsmith’s work (that at the core is reminiscent of classic ‘Difford and Tilbrook’) you have a song you find yourself happily singing along to without fear of any disrespect.

This ability to bring together contrasting emotional elements without allowing them to become jarring is also displayed with ‘Brooklands’. A majestic insight into the possible final moments of existence for the noted racing driver John Cobb as he faces his imminent death whilst attempting his famed and doomed  world speed record on Loch Ness: ‘But where did all the time go ? …just give me one more run on the racing line …I was a lucky man’.

A principle of continuity and playing to strengths is reflected across all compositions. All eight band members play their part in contributing to the uniquely crafted BBT sound. Guitar duties are shared between Tin Spirits and former XTC legend Dave Gregory and latest recruit to the BBT fold Rikard Sjöblom of Beardfish fame.  Keyboards are provided by Danny Manners and Andy Poole (one of the two remaining original members). Whilst Greg (the other original member) focuses primarily on Bass, various strings are delivered exquisitely by Rachel Hall and drums and percussion come from Nick D’Virgilio (formerly of Spock’s Beard). Dave Longdon, along with the rest of the band offer their services across a plethora of alternative instruments. The bands musical prowess is complemented by the addition of a five piece brass section and a trio of string players that when brought into the mix immediately evoke the feel of history entangled in Old England values.

Big Big Train are primarily a Progressive Rock group but that definition does not encompass all that is on offer here and is a tag that should not be allowed to put off potential first time BBT listeners. Yes, this is an epic album, but not by way of any overlong instrumental passages. The substance here is based on the collective merits of all the pieces presented. No single track or musical contribution is allowed to dominate proceedings. The tracks have self-contained grandeur that is never allowed to become overblown with all the contributors’ musical performances sitting comfortably and complementary to what is going on all around them.

Each song has significance and Dave Longdon, who has already gained recognition for his quality vocal performances over the last couple of years, readily and expertly adapts his style according to the different soundscapes. Whilst his credentials are already well established, here he has committed to recording additional qualities and vocal prowess never previously revealed. ‘London Plane’ for instance reveals a soulful timbre reminiscent of Richie Havens.

The term ‘classic album’ has been applied to the best slabs of music made by the most influential artists over the course of a wide musical heritage. To define this term is open to debate but ‘Folklore’ as a body of work is one that invites you to consider it for such classification. The album’s tracks all deliver to the highest standards – there is no filler in sight!

From the moment this albums starts until the final note you are whisked away on a journey of enlightenment, wonderful storytelling and thought provoking prose, enshrined in melodies and emotion-tugging scores. ‘Folklore’ has that mystical quality and by default Big Big Train, whilst at the height of their musical abilities with lots more to offer, can be confident of the fact that they have already laid out a significant legacy by which they will remembered and judged in the years to come. From this moment forward people will not be citing the influences of Big Big Train so much, but pointing out how ‘Folklore’ has influenced others – ‘We pass it on we hand it down’.