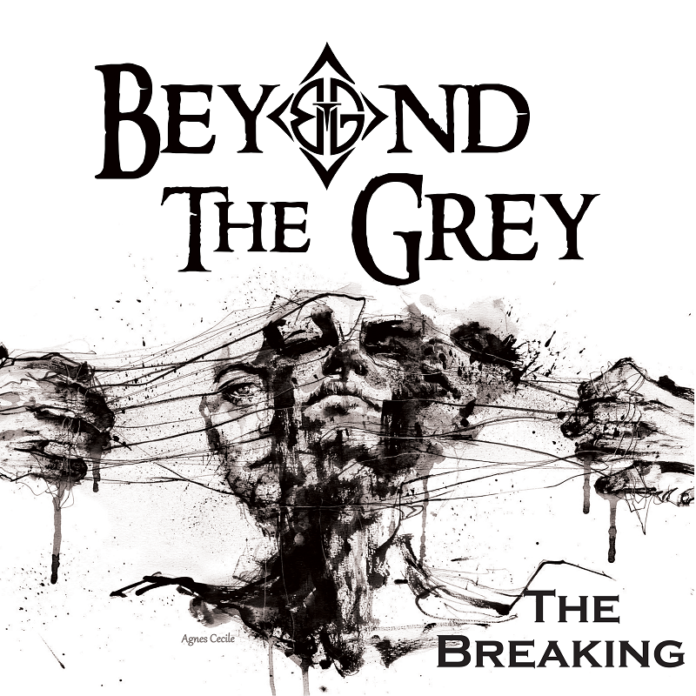 Beyond The Grey is a Kansas City based rock/metal band comprising David Lingenfelter (lead vocals), Jim McNeil (bass), John Alexander (guitar), Scott David Cameron (guitar and vocals) and Eric Nissen (drums). The guys have opened up for the likes of Hinder, Bobaflex, L.A. Guns, Bang Tango, Enuff Z`Nuff and many more. They have a new five song E.P. titled `The Breaking` which is the follow up to last year`s `At One` EP. The songs on the latest release were inspired by the last couple of years of turmoil…from the pandemic…to racial tensions and political discord.

This extended play opens with `Split` and it`s a churning driving compelling number with vocals that almost ebb and flow atop. A song that seems to hint at mental health issues maybe even schizophrenia or a kind of personality disorder. At times it`s quite anthemic and an excellent marker to lay down to introduce us to this release. The pace cools down but we retain the potency with `Just Once` which to me was a quite complex structure and had me in mind of a heavier version of the original Geoff Tate led Queensrÿche. It`s a track that will really suck you in and alludes to life struggles and fighting to overcome them.

`Fight Or Flight` begins almost acoustically before blossoming into a more robust grungy kind of rock out. A reflection possibly on being always taken advantage of and getting to the point where you`ll no longer put up with that. It was a real band number with pounding drums, throbbing bass, guitar riffs and solos aplenty with vocals sprinkled over and throughout. We have a cover number with the bands version of the melancholic `Would?` a song originally by Alice in Chains, written by guitarist and vocalist Jerry Cantrell as a tribute to his friend Andrew Wood, lead vocalist of Mother Love Bone, who died in 1990. This track was released in 1992 with Layne Staley singing the chorus. It`s a really faithful version and reminds you what a good song it is even though it`s thirty years old.

This five tracker closes out with `Compartmental Lies` which is a quite driving grinding slice of hard rock about the frustration with somebody close and their almost lack of compromise or ability maybe even desire to empathise.

As I said on the bands last EP, Beyond The Grey have a quite captivating hard and heavy sound with that little but of grunge and a slight edge to it that really hits the spot. An Extended Play that will have you listening on repeat.

Previous article
VANDOLIERS ARE ‘ERE
Next article
DAYLIGHT SHINES DOWN