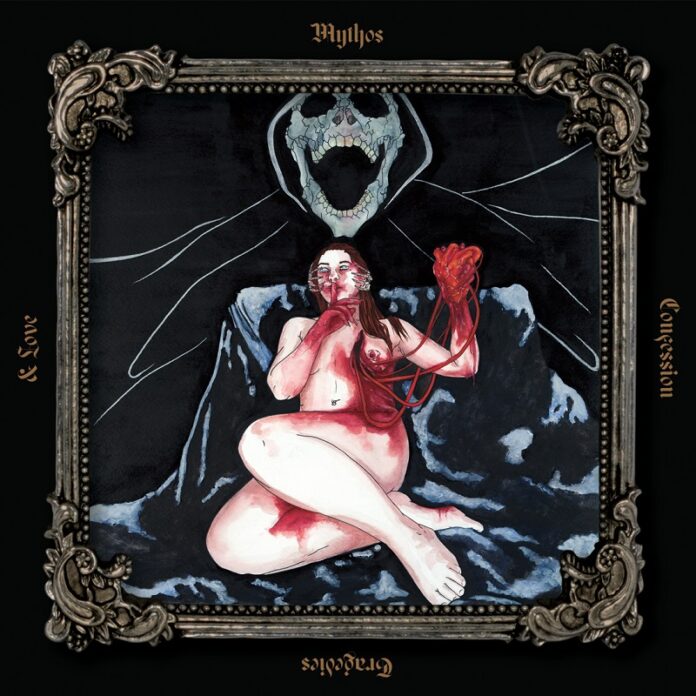 Beth Blade has some lofty aims for this record. “Mythos, Confession, Tragedies & Love” is their third. The last one “Show Me Your Teeth” was superb. “an album where the bark matches the bite, and it is a brilliant example of what hard rock can be when it is done right” I chirruped on these pages back in 2019.

This one is its equal – and arguably better – in every way.

But first, back to what Beth said about the record. To wit: “This album is a confessional, a journey of survival, of tragedy. Our darkest moments exist, they deserve not to be hidden.” Right from “The Otherside, she makes good on this. Its abundantly clear that this time Beth and her band of Beautiful Disasters have put their hearts and souls into this. They’ve always had an eye on bigger venues than they currently play, but this one underlines it and screams it out loud.

Blade has a quite astonishing voice. Look, she gets compared to Lzzy Hale so often it’s a cliché at this point. But listen to “Sin Eater” and tell me that if Halestorm do this, then its not a Gold Disc. You can’t. It would be.

Where this band is particularly good, though, is going off track a little. “Tonight I’m With You” is as muscular as anything Bryan Adams ever did. The chord progressions are pure Springsteen. The song is brilliant. However, it underlines that anything goes here.

“Who You Are” wraps it’s modern hard rock (think Wayward Sons and the likes) around an important message: “Be a geek, be a freak, it ain’t a crime to be unique.” Before it concludes “fuck what they say, you’re doing it your way”, and nothing, I’d contend is better to show the harder edged, more personal stuff that was promised.

At the other end of the scale is the beautiful ballad “Hold My Heart”. A folk air to this is interesting, while “Undo Me” has a bass groove as dirty as its mind. God knows what was happening in lockdown, but it’s pretty clear.

They made this one in Rockfield Studios. In the same studio that Queen wrote “Bohemian Rhapsody” and just about every other rock band that’s ever been a rock band recorded a song that was better (no debate is accepted on this) and those bands, that history seems to have inspired them. “Persephone” is more Maiden than hard rock, but my goodness, its sprawling, epic intent is sensational. And in case you hadn’t got Sabbath ticked off on your influences bingo card, then no problem. “Ozymandias” has got you covered there.

If you were summing this record up in one word then I give you this: intent. “Sacrifice” drips with it, while “Trigger Warning” merrily wanders down a Stone Broken road, but the last one “Still Not Asking For It” dares you to take them on. It is the sound of the band who is up for the fight, and one that doesn’t intend to lose,

That’s almost the way to sum up the album generally too. It is the work of an outfit that knows that its on its third album and it seems like they’ve done all they can. Between them and producer Nick Brine (Bruce Springsteen, Thunder, and The Darkness), they’ve created something that deserves to get into the big leagues. “Mythos, Confession, Tragedies & Love” may or may not get them there, but it’s giving it a real shot.