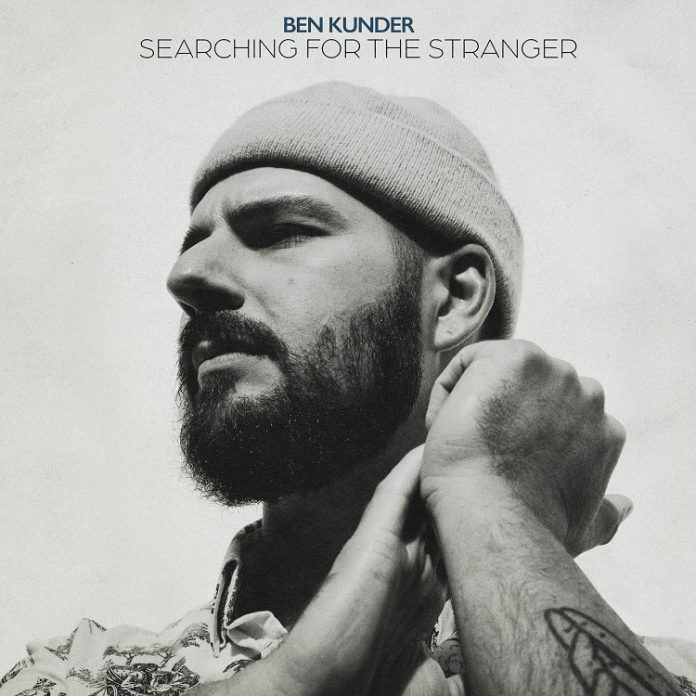 I review a lot of records. This will be the 200th that I have done this year.

I think I am fairly good at it. I say that not to be conceited, but because I am reasonably efficient at listening to a collection and disseminating something from it. if I like it, I can tell you why I do and why you might too. Which is essentially what – in my estimation – a review should be about.

Then there’s things like “Searching For The Stranger.” Allow me to explain.

Canadian Ben Kunder released a superb LP a couple of years back called “Better Human”. It was one of those things that you come across when you’re a music geek. I was at a gig, and saw a poster for his upcoming show at the same venue. You go home and think “I’ll go and see this guy” (in the event the show got pulled, annoyingly) and you tell your mate about him: “Yeah, he sounds really good there’s a bit of…..well he’s urmmm….dunno….he urmmm. Oh, just listen to him, you’ll like him, promise.”

Fast forward a couple of years. And, cards on the table here: I’ve listened to this record. A lot. And I know one thing about it: I like it. A lot.

There are 10 songs here and 40 minutes. That’s another two facts. But on each single time I have listened to “…..Stranger” I have heard something new, some….Stranger things…you might call them, and this is an album that is incredibly multi-layered.

Whether it’s the beguiling, subtle guitar line in “Berlin”, the fabulous opener, the fact that his voice manages to sound sweet and weather-beaten at the same time, or the fact that the drum pattern is claustrophobic but balanced by the lushest strings imaginable, you can take your pick, because that is all valid.

The Harmonica at the start of “Stranger” might mark this out as singer/songwriter, but this is not Steve Earle, this is not Bruce Springsteen. This is not some Americana act from the back roads.

The closest reference point I kept coming back to was an Aussie pop artist called Alex Lloyd who I adored about 20 years back. He was similarly hard to pin down, but similarly classy. This also doesn’t even play by its own rules. “Ghost” for example is a beautiful piano led ballad, and if I haven’t touched on the lyrics yet, then I feel I must here. “Why can’t you get out of my head? You know I’m trying to sleep. Flying like a ghost above my bed, just killing me,” goes its first two lines, and the hook: I’m feeling fine when I’m not thinking about you,” resonate with me more than I care to admit.

Listening to this now – literally as I type this the thought has come to me – “Year” is another with a kind of innate sadness, a fragility, a denial, and if “Breakers” has a real ambition about it, the beautiful “Lunenberg” (“I play so many shows, no one comes and no one goes”) is a highlight because of Carleigh Atkins’ harmonies.

She is just one of many brilliant musicians here, and it is striking that despite all that, there is a cohesive thread through it all. There is a touch of the Elliot Smith’s about “Seul” (another built around Atkins’ subtleties), “Colours” on a record with many levels, makes that literally the case, with its clever use of vocal loops.

“Tornado” would in other hands be a maelstrom of confusion to match the words, but not here. Quiet, gentle fragility is the order of the day. “Spring” seems to offer more hope in a record to be frequently searching as its name suggests, for something.

So, after all that am I any closer to reaching a conclusion? Well, yes and no. I am still certain “Searching For The Stranger” is a fabulous album, and I am going to take a stab that the “stranger” here is us all, the human condition, after all is a perpetual state of confusion.

Records don’t sound like this. Singer/songwriters don’t sound like Ben Kunder. This might not be for everyone, either, but this is an original and brave gem, it is a real grower, and it offers something fresh each time you hear it.