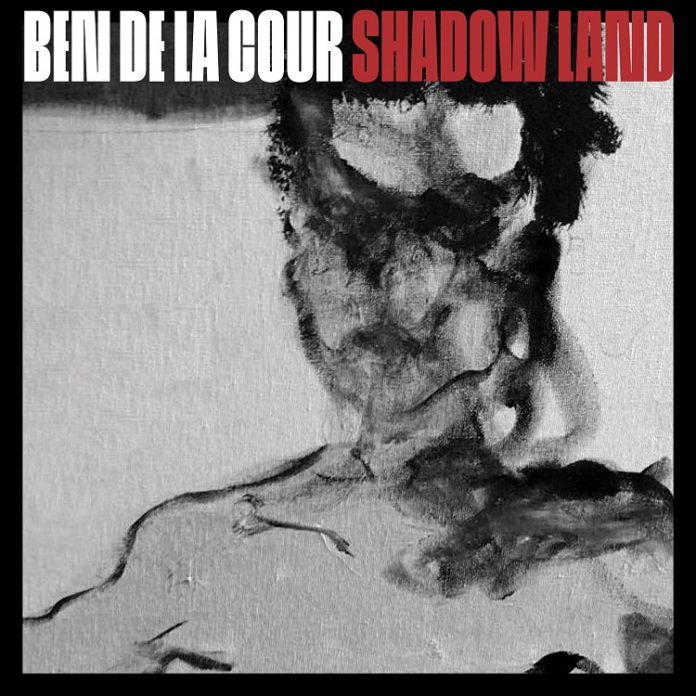 I love words. I love first tracks on an album too. Name me a brilliant record without a fantastic opener?

To wit: I first heard the word of God/When I was eight years old/He told me to take a carving knife /And hold it to my brother’s throat.

I am tempted to end the review of “Shadow Land” right there, because, to be honest, whatever I say about these songs, will never top that. Except to say this: these aren’t “songs” at all, as it happens, mostly. Mostly they are film noirs, that take you into the darkness, the outer reaches of the mind.

“Astonishing” is as good a word as any for this, as is “incredible”.

See, if I called these “songs”, that would imply some sense of fun, but not here (not unless you count a cocaine binge as “fun” – don’t worry we’ll get to that) and time and time again I kept coming back to the title of Steve Earle’s book: “hardcore troubadour”.

Look, if Tipper Gore and the PRMC had got their way back in the late 80s records would have branded as “parental advisory”. This neglected the point that for me (and I dare say any other kid growing up in the wake of Guns N Roses) such a sticker was as good a reason as any to buy an album.

“Shadow Land” needs an 18 certificate, frankly, and it is not without good reason that the press release that comes with it notes: “There are singer-songwriters, and there are troubadours. Singer-songwriters are sensitive, polished souls, sharing their journal entries with the world… whereas troubadours do their best just to stay out of jail.”

In short, if Ed Sheeran is a “singer songwriter”, then this is as far away as you’ll get.

Born in London’s East End, De La Cour has, as a mate of mine euphemistically puts it, “lived a life”. There were arrests, homes in tough neighbourhoods all over the world, countless false starts as well as stays in psychiatric hospitals and rehabs as Ben battled with mental health and substance abuse issues.

But in 2013 he finally found himself in East Nashville. And he’s released four albums. Now, for clarity – and honesty – I haven’t heard the others, but one listen to “Shadow Land” was enough for me to think that if any are better than this, then he’s the finest troubadour there is.

Frankly, “Shadow Land” is one of the finest albums of its type there’s been in a long while. You can talk about Michael McDermott,  Steve Earle, Drive-By Truckers, Jason Isbell and countless others, and you’ll never quite nail what he does here.

After “God’s Only Son” (the one that opens the album) comes “High Heels Down The Holler”, blues at it’s most primal and scary, the story it tells is genuinely jaw dropping: “Billy’s Mama used to beat him, Billy’s mama is not around….” He intones. De La Cour has a way of delivering of these pieces like he’s confessing his sins.

“The Last Chance Farm” is – I imagine – written about his stays in mental institutions, and its gentle acoustic strum is at odds with the harrowing words.

I know I’ve talked a lot about the words here, and they are stunning, but the music matches. The heavier, rock n roll of “In God We Trust….All Others Pay Cash” isn’t far from Bonamassa and the piano from Scott Nolan is a wonderful match for De La Cour’s guitar – and what is particularly wonderful is how the music always finds the right vibe.

“Amazing Grace (Slight Return)” has more plot twists than TV drama series, while the harmonica on the title track is perfect.

“Basin Lounge” is the soundtrack to a party at the Hells Angels hangout, and as he screams “The short answer is cocaine. The long answer is coooooooooooooooooocaine” before the solo – a screeching rocker – you can only marvel that an artist manages to do this. Completely defy your expectations.

“Swan Dive” even manages to do “proper Americana” as it were, except it starts with a gruesome suicide, and if “From Now On” is perhaps the most conventional of everything that’s here, then it still sounds so fragile that it could smash into a million pieces.

“Anderson’s Small Ritual” is one of the most quirky, dealing with a family dark secret, and the fact it sounds live is underlined by De La Cour coughing at one point, while the dark maelstrom of “Harmless Indian Medicine Blues (“I woke up screaming in an opium dream”) is truly a descent, and the closing “Valley Of The Moon”  -where he picks his guitar with such sublime skill, is as wide as the desert plains.

A truly brilliant record, “Shadow Land” is best exemplified by one of its lyrics: “Never trust any man. If he don’t have no scars.” Ben De La Cour obviously has his and he battles his demons, but here, those scars make for gloriously beautiful, if twisted and often macabre songs.