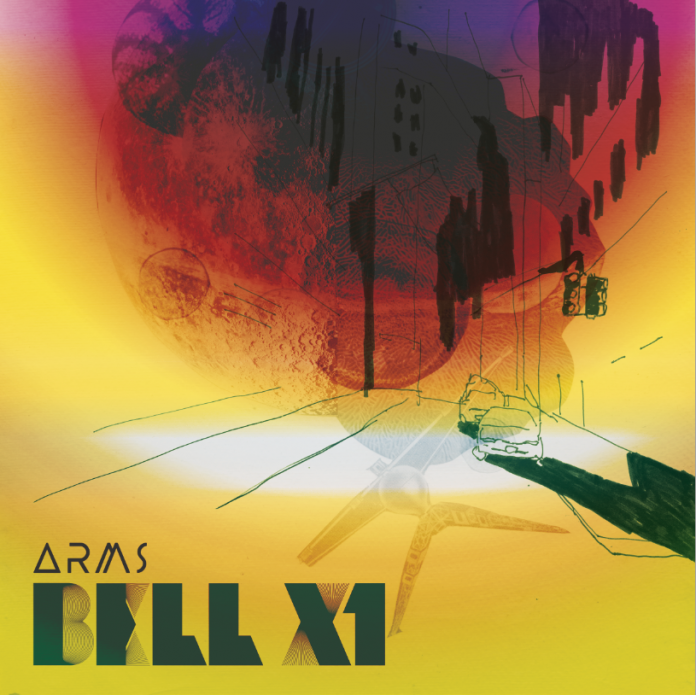 I must admit that it`s a long, long time since I heard of Bell X1. They are one of Ireland’s most beloved bands, named after the Bell X-1, the first plane to break the sound barrier. The band comprises of singer, drummer and guitarist Paul Noonan, David Geraghty on lead guitar and Dominic Philips on bass guitar.

“ARMS” is their seventh studio album and is the follow up to their 2013 critically acclaimed album “Chop Chop”, which became the trio’s third number one album on the Irish Album Charts and their fourth consecutive album to be nominated for a Choice Music Prize for “Irish Album of the Year.” ` Fail Again, Fail Better` opens up the album and it`s a very laid back, chilled affair, an eclectic mix which stops starts and has the lyrics “Take the good luck/ take the bad luck/ take the good luck/ take the bad luck/ and mix it around.” being chanted, almost rapped throughout.

`Take Your Sweet Time` was inspired by a video about a medical breakthrough that meant that people who were profoundly deaf were suddenly able to hear for the first time. There are some nice synths drum beats and very laid back almost haunting vocals.

`Fake Memory` is a little more upbeat and really stayed with me long after hearing it. There is a wonderful instrumental breakout midway that bursts into life.

We get a song that starts quietly and becomes very anthemic with the catchy lyric of the title “I Go Where You Go” Wonderful musicianship and some breathtakingly aching vocals. A crowd pleaser if ever there was one. The following track `The Upswing` is a bittersweet love song or lament with the wonderfully understated music allowing Paul`s evocative vocals to flow on top.

`Bring Me a Fireking` is a masterpiece of music with some odd, dry, humorous lyrics observed. We even get a pleasant saxophone piece in this composition.

At times Paull`s voice reminded me of the late Jeff Buckley on the penultimate track `Out of Love` which is no bad thing. A tune to really trip out to.

The closing offering is `The Coalface` and is almost a mantra with a piano accompaniment, a great vocal, harmonies and some clanking percussion.

This album covered a lot of emotions, We got love, joy, tenderness, sadness, optimism but was really uplifting and inspiring. There are some intelligent, thought provoking lyrics that are shared and delivered with an amusing and at times anguished style, emotive melodies, accomplished musicianship and well-crafted tunes.

Sadly. although this album is a classic, I can`t see it gaining any new fans this side of the Irish Sea.

If this was a new release by Elbow. The Blue Nile, I Am Kloot, The Doves, Starsailer or The Turin Brakes

people would be raving about it.