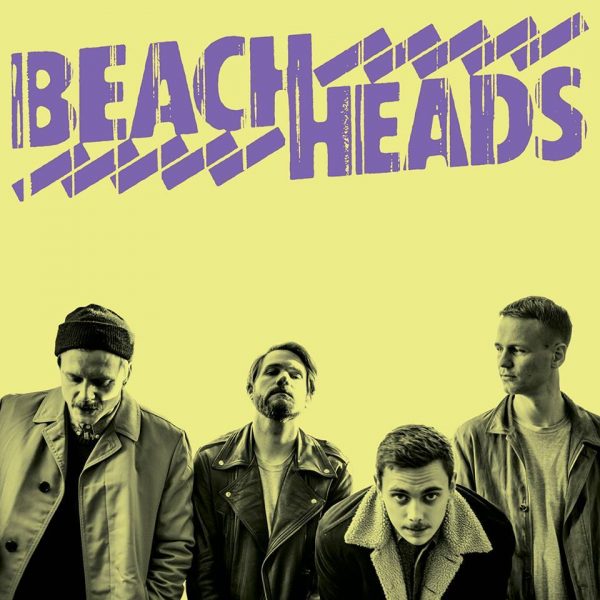 The sound of summer?

Sometimes the best music comes from outright surprise. Take Sonisphere Festival 2011. MV was there to watch Iron Maiden. It was mid-afternoon and we were walking across the field to the main stage to watch Slayer, when for some reason, we took a detour into the Strongbow Tent to watch a check out a band that we’d heard were meant to be awesome.

Kvelertak didn’t so much wander onstage as run full tilt, with a singer that was wearing an Owl mask and played 25 minutes like we’d never heard before – or since to be fair.

The reason for this wallowing in memory, is that six year later, they’ve done it again, the rascals. Well, to be exact, two of them – guitarist Vidar and Marvin (bass) – have. It turns out that the pair wanted nothing more from life than to be in a 1990s guitar pop band. So they recruited a drummer, Espen and a singer in  Børild, who was in a “synth pop” outfit.

OK, we admit it. We know what you are thinking because we were thinking it too: Christ, that’ll suck. That’s got the whiff of a side project that is going to be as much of a car crash as when Lou Reed and Metallica decided “Lulu” was a good idea.

Then we heard the title track and, ladies and gents that is enough to convince you to forget all your preconceptions.

There is no need any more to imagine what it would sound like if The Senseless Things, Wilt and Ash all got together for a jam, because Beachheads exist and in the course of 36 minutes proceed to make the soundtrack to your summer (and we know it comes out in winter, but allow us a little license here because, like all the best examples of this type of music, it is short, sweet, thumping and is absolutely filled with dark imagery to gloriously juxtapose the shimmering tones of the music.

The aforementioned “….Down” packs in more tone into its two minutes than many bands in a career, and proves the opener with its massive dollop of Teenage Fanclub was no fluke. ”Your Highness” is arguably better, as its wonderful harmony filled chorus kicks in, while “Desire” is the kind grungish power pop that millions of US bands were doing – but not as well –  twenty years ago and if you can make the line “we die, the only thing we know for sure in life” sound this catchy, then frankly, you are born to do this.

And that, right there is the key to this.  Børild had just lost his father and his lyrics really elevate this to some really special levels, “Una” is a soaring thing that has a whiff of Redd Kross about it, while even the ballads can’t resist sounding like the most radio friendly things ever, check out “Give Me Some Love” – which would be the go to sound of every school disco on the planet if kids have any taste – for proof.

“….Truth” doesn’t need to deviate from any paths, because it’s found its perfect path. “Reverberations” is like prime Biffy Clyro, and the clearly deeply personal “Procession” is handled with a rare sensitivity and something akin to a modern take on the Wall Of Sound, “Treasure Chest” is another that displays a rare gift for melody, and “Monologues” is a punk rock stomper.

This is nothing more and nothing less than a record that keeps on giving. “Addiction Not Love” takes apart destructive relationships and sound like Weezer all in one go, and brilliantly “It Feels Alright” adds a horn section for extra gleefulness.

So yeah, that thing about side projects not being any good? It doesn’t apply here. “A Moment Of Truth” is better than it has any right to be – and probably better than even Beachheads might have dreamed.