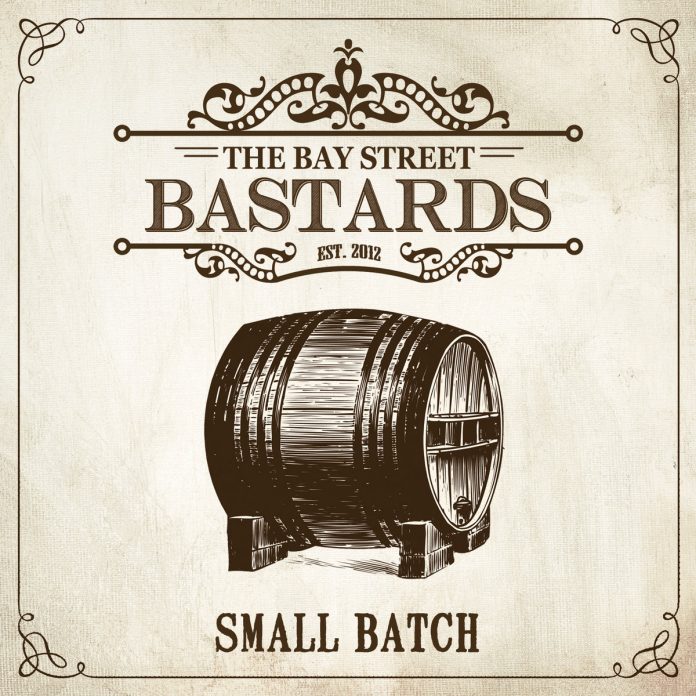 I’ve said this before, but I am in awe of North American place names. I live in a non-descript town just outside Birmingham called Solihull. We have the Land Rover Headquarters and Geezer Butler lives here. Birmingham Airport and the NEC Arena (where Iron Maiden recorded a live album once) is within our boundaries.

What I wouldn’t give to live in a place called Thunder Bay. Christ, I am on the verge of packing my goods and chattels and moving there to be honest with you.

Why the sudden interest? Well, that is the hometown of The Bay Street Bastards, who’s latest record “Small Batch” is just that – five tracks, less than 20 minutes- but full of the type of Punk Rock that suggests that whatever Bay they are near flows with Guinness.

You’ll get about 15 seconds into “Hooligan Crew” – its raucous opening song – and go “yep, Dropkicks….” But there are two things here: first, the Dropkick Murphy’s rule. Second, do you think that BSB don’t know that too?

Nope, rather this is a bunch of blokes playing the music they love. And that good time vibe is all over this. “Blood, Sweat And Teeth” might well be all about a scrap, but you just know they all made friends after, it just seems that type of record.

The seven piece, have a folky element to them. The violins on “Ships Of November” offer something different, but when the rabble needs rousing, it shall be roused even here.

“Slappywags” reinforces the thought that this is a band that would be ace to see live. It appears to be an ode to their local, and what’s wrong with that?

“Private Reserve” likes the idea of the other four songs so much it does it again. But with the thought that “Bastards are forever and we’ll take it to our grave” and that more than anything is the point. When we were kids me and my mate formed a band. We had dreams. We had plans. We had patches on our denim jackets and no talent.

Bay Street Bastards take that spirit of the 80s and they are living our dreams. And they live in a much cooler named place than me.

This is fun. And that’s all it ever wanted to be.