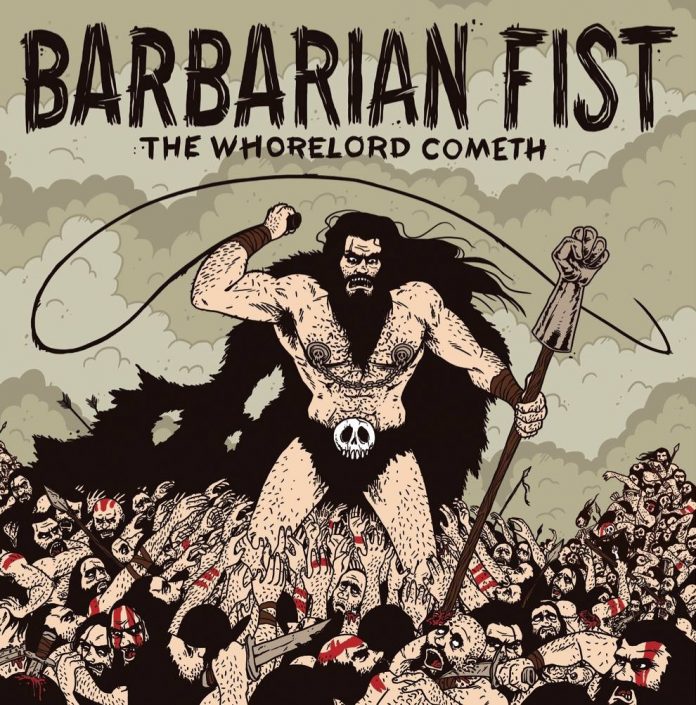 All hail the beard. And the fist. And everything else Barbarian Fist want to hail, frankly.

This, ladies and gents, is an MVM first. Never before have we ever printed a press release as part of our review. Such things are lazy reviewing and belong in the news section only. Unless they say this:

“Hailing from the glorious cesspit known as Oslo, Norway, Barbarian Fist is here to make the world a little less civilized and a bit more foul smelling. Consisting of equal parts downtuned fuzz guitar, used up riffs, and sexual innuendo, this power trio strive to make music that will make you less inclined to take a bath, more likely to ingest large amounts of beer, as well as instantly grow a magnificent beard (regardless of gender).”

Which, I think you will agree, verges on the genius.

The passage is also on their Facebook bio, so you’d guess that Barbarian Fist quite like it too. It also renders anything we say totally pointless, because whatever we say about this four track piece of marvellous and almost total filth won’t be as good as that, will it?

So instead MV will stick to the facts, Jack. And the facts are these. Four tracks, forty minutes. Crushingly heavy riff after crushingly heavy riff, some ridiculously questionable lyrics, and some of the best doom laden guitar tones you will hear in 2015.

Things begin in magnificently OTT fashion. The title track, glorious fun all round, lays down a rather disgusting marker. And thank Christ, “No Brakes On Rape Train” hasn’t got any lyrics (although the line is used in the previous song) or else God alone knows what would happen.

The clue might be there on the incredibly mighty “Wargasm” which comes (yeah, all puns are intended, deal with it!) in at getting on for ten minutes and sees Alexander Mora primarily concerned with “getting some,” while who the hell knows what “Bear Destroyer” is about? Moreover who the hell cares, just know that it’s brilliant.

The point here is pretty simple: for all the joking, for all the self deprecation and for all the imagery, Barbarian Fist are shrewder than they let on. Because what they’ve done is make a some brilliant music. Music which, even if it’s got it’s stinking tongue in its rancid cheek, comes from the same doomy ballpark as Yob might do and that ain’t no laughing matter.

Now, if you’ll excuse us, we don’t care what Barbarian Fist say, it’s time to shower.