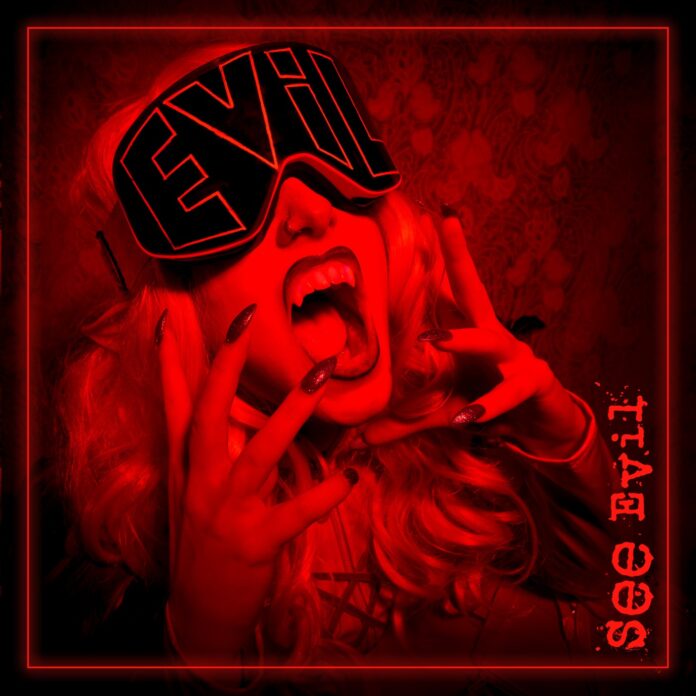 Let me first off say this: I like Bang Bang Firecracker (I wouldn’t be reviewing this EP if I didn’t, lets be honest) but I’ll tell you now, however talented the fella is, Keiron Berry doesn’t help himself.

BBF is one of the things that the former Enemo-J guitarist does now  and they are/he is (take your pick) a supremely talented guitarist, who writes fantastic songs, but there’s a “but” coming….

And the but is this:  The last album had a truly terrible cover, more suited to Readers Wives in about 1990 than a metal record in 2018, and this one came with a note that said: “Fans of Motorhead and AC/DC will appreciate the confrontational expression and unrelenting pace of BANG BANG FIRECRACKER’S vigour, with a nod to the guitar heavy attitude that is synonymous with bands like The Dead Daisies.”

Mate, seriously, this is Heavy Metal. Trust me on this and these three songs are as grandiose and good as modern classic sounding heavy metal gets.

Like, they lack subtlety, but that’s cool. Not every metal thing has to sound like “Senjutsu” and have more twists and turns than the plot of a thriller. To that end, the middle of these three “G.F.Y” stands for exactly what you think it does, but sometimes you need to be thumped over the head by pummelling drums and bass, and have some riffing that Maiden would have done in 1980.

Indeed, there’s a touch of the Di’Anno era about the whole thing, and at its best “Unleash The Devil” – the fantastic opener  – there’s something of the solo work of Blaze Bayley here too. Heavy metal should sound exactly like this. None of that “core” bullshit. There’s a moment when the solo hits where you just want to get a studded belt on and sink a can of beer (and I don’t drink) and party like its 1982.

The last one “Chase The Wasted” is nearly as good, to be fair. A little more thrash in its intent, and happy to wear its high-tops, its like a one-man moshpit creator. Fantastic, in a word.

There’s a line on that one that says “one life, fire it up”, and that’s seemingly the point  – merrily enjoying himself with the music he loves, the fact is Keiron Berry could be anything he wanted to be. “See Evil” is about 15 minutes of proof.