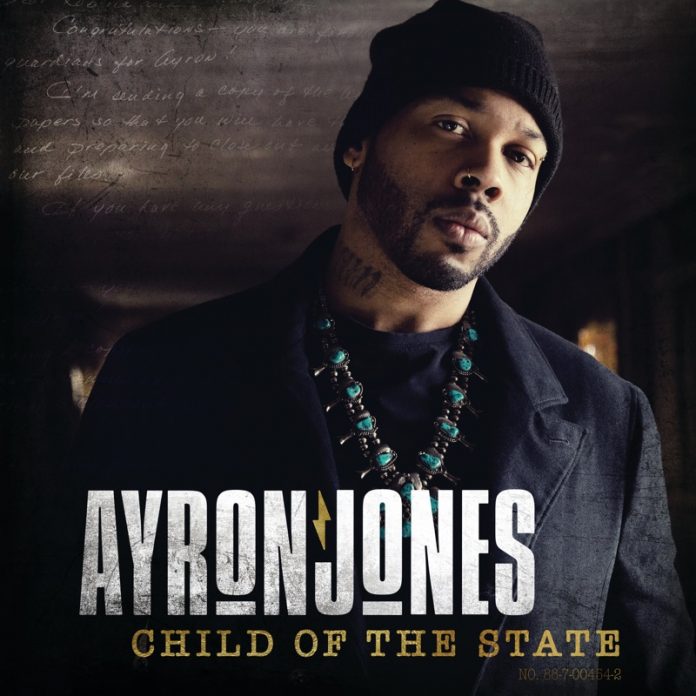 “I already called the fucking police

Cause we the baddest band in town

I blow out all your fucking windows

Here come the boys from the Puget Sound

Can you hear me

Can you hear me”

That’s less a first verse on Ayron Jones’ first record than a goddamn statement of intent. It’s an announcement – its not even a threat, it’s a promise.

A bit later on “Boys From The Puget Sound”, Jones just yells: “here come the boys! Like he’s waited all his life for this. This moment. And you’d best believe he’s going to make the most of it.

“Intent” is a word you keep coming back to, again and again, because every single second of “Child Of The State” feels like its important.

Musically too, its hard to pin down, because whilst there’s a blues element to this, then lets be blunt: Joe Bonamassa ain’t writing this. When the riff kicks in, you can see why Jones has played with Guns N Roses, earned the patronage of Mike Mcready and more. This is Hendrix, this is rock n roll, this is well….just brilliant.

And his voice too. One minute he’s Lenny Kravitz, but then on “Mercy” – very much his State Of The Union Address – he mixes it with metal tinges. There’s a thought too that this is deeply personal, like he’s waited his whole life to get this out. You can almost sense the catharsis in the incredible “Take Me Away”. There aren’t many songs that start “the day my fucking mom abandoned me, was the day I learned to lie”. This one does. And given that both his parents had drug addictions, he spent time in foster care before being taken in by his Aunt, this comes from a place that not many understand, thankfully.

Jones, however, is clearly supremely talented. The solo on “….Away” is Tom Morello, but on the mighty “Supercharged” he turns into a chugging glam rocker. Arena rock ain’t sounded this good in years. “Free” is the yin to that yang, if you will. Clever pop music, in the realm of X-Ambassadors, and, honestly its not too much of a stretch to see “My Love Remains” as a Bon Jovi song from about 1989 – the guitar work is pure Sambora, it really is.

There’s so much going on here. There’s so much energy in stuff like “Killing Season” like its bursting to be heard, indeed, even in the tender moments – check out the string laden “Spinning Circles” and tell me you don’t hear Prince – there’s something to grab you by the throat and demand your attention.

It’s incredibly tough to pick the best moment out of this, in truth. The slow building brood of “Baptized In Muddy Waters” (double meaning of the title noted) is close – even if just for the line in the hook “I am just gonna play my music and bring these people to they knees” like he really means it.

“Hot Friends” is as funky as sleaze gets, while “Emily” is as raw and primal as blues rock can be, and “Take Your Time” gives the album another ballad, but only on its own terms – and as those are the last three songs, they are, in effect, a cameo of why everyone seems to be so excited about Ayron Jones.

So, as I’ve never not been guilty of hyperbole when there was a chance for some, here’s a statement – except its not hyperbole, not here. “Child Of The State” is the album of the year. Right here, right now, I am calling it.