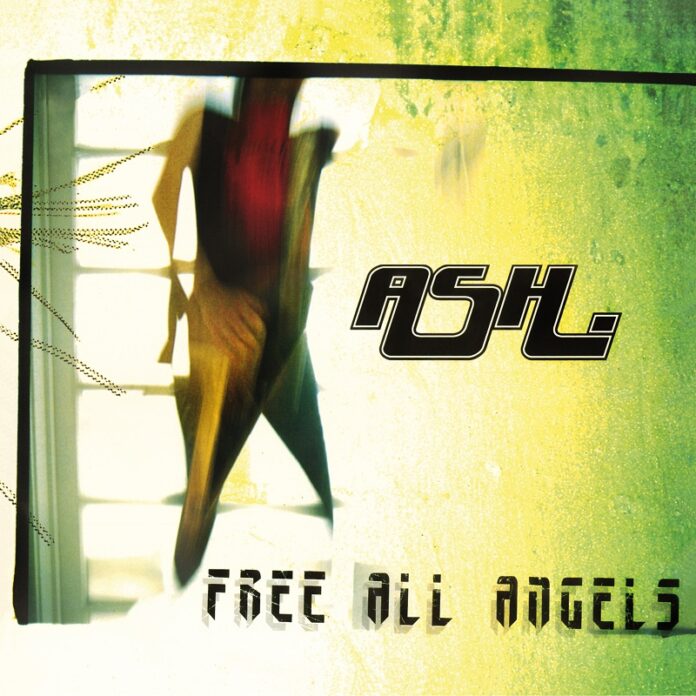 There are certain truisms that I hold to be totally correct.

The couple pertinent to this review are these: I’ve never needed a diary.  Music transports me back in time.

You’ve got to be weird to think like that, no really.

I was 25 years old in April 2001 when “Free All Angels” came out. I was in the middle of the second of four great unrequited love affairs I’ve had in my life (the first of two with the same girl, she returned about 2011). I can tell you that now, 21 years later. She follows me on twitter, she’s married, and she won’t read this anyway. Back then, “Free All Angels” was “her” album that first time round. The second time she’d be forever associated with John Butler Trio. Listening to it over the last couple of days, as I have, I still smile at the thought when Tim Wheeler gets to the line about “destructive love is all we have. Destructive love is all I am.” In “Burn Baby Burn”. That was her line.

A couple of other things too. Firstly, I’d forgotten how good “…Angels” was. The third album. The number one album. The – and I choose my words carefully – return to critical acclaim after “Nu Clear Sounds” got panned despite being pretty cool. The best album they ever did (so far?).

This forgetting how good Ash were/are thing. It’s got form. Summer 2019. I hadn’t really thought about Ash in a decade, not really. But I was at Splendour Festival with a friend and they were on. I’d annoyed her, somehow, can’t remember how so I went to the second stage to watch them. My god! They were good. They always were good, but now, the men my age (roughly) were singing songs that I understood. Understood in a different way than before. I’d suffered with mental health issues (you’d never guess, huh?) so maybe got Tim Wheeler’s lyrics in a way I never could in 2001?

Which brings us back to 2022 and this 21st anniversary re-issue. First of all, it passes the test: Like, never mind the nostalgia. I can get nostalgic for Dangerous Toys, but that doesn’t mean “Sportin’ a Woody” is any good anymore. This, though, if this came out for the first time tomorrow, I’d buy it and it would never leave the turntable for weeks.

“Walking Barefoot”, with its melody, its hope. It’s longing. You can pick as many US college bands out as you like, but it still sounds like a four piece from NI when you boil it down.

The “four piece” thing is important too. Charlotte Hatherley added so much. They were making anthems back then. “Shining Light” is one. Crossover potential or it didn’t fit into your neat box. Whichever, you’ll remember the words when you hear it.

The aforementioned “….Burn” is an absolute banger. Energy, punk, a chug. It’s one of the great singles of the time. They know it too. The way the music stops and the words carry on just so they can play it live.

Ash always, right from the start, had a gift for pop melodies. Like their countrymen, the should-have-been-massive Joyrider, they just came naturally. Here, though, they allied it to an ambition. “Someday” did that, “Pacific Palisades” was a sugar rush of Replacements in about two minutes, and “Nicole” thought that murder ballads would be better if they were wrapped around a happy tune. They were right, to be fair.

The string arrangements on the album seem even more important here. “There’s A Star” – one of four top 20 hits that it spawned – is made by what Oli Kraus did. There’s a gravitas, a depth, that transcends mere rock n roll.

It almost seems too crass to say that “World Domination” seems like a plea for what they deserved, but its manifesto is as fine as any, and any Undertones comparisons, I’d wager, would be welcomed.

10 years before “Free All Angels” came out, the week before Nirvana stuck out “Nevermind” in fact, Guns N Roses released their “Use Your Illusion” albums. I bought them on they came out, just like I did with “….Angels”. On that collection, Axl Rose launches a bitter attack on people like me who live their lives through the music of others. “Vicarious existence” he reasons, “is a fucking waste of time.”

It might be. But it saves actually doing anything, and anyway, when one slice of 48 minutes of genuine brilliance evokes so many memories, who’s to say what’s right and what’s wrong?

If you got this back then, re-acquaint yourself. If you haven’t heard it and you love bravery in your rock n roll, make yourself a fan.