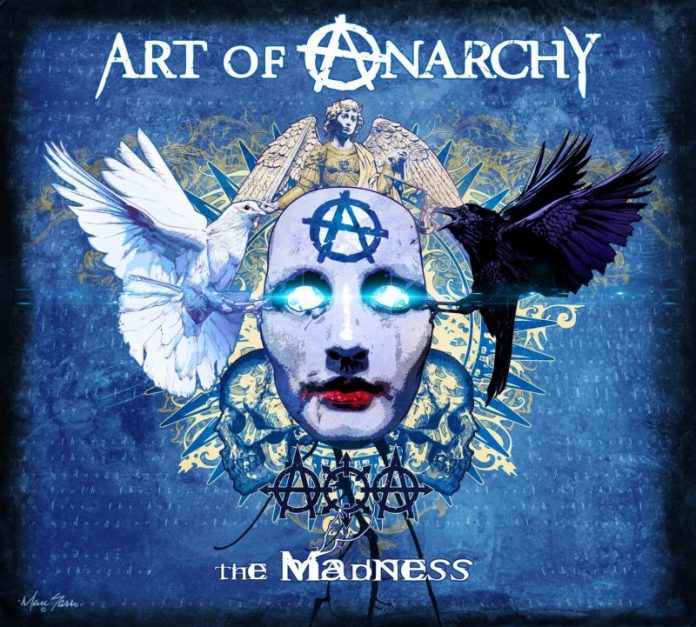 Arena’s? Yeah they’re coming for you

The rise of the “Supergroup” is probably explained by the fact that this far down rock n roll’s road the great and good have all played with each other and there aren’t that many elite musicians.

Whatever, in 2015 Art Of Anarchy announced a line-up that included  Ron “Bumblefoot” Thal, (Guns n Roses) John Moyer (Adrenaline Mob and Disturbed) and Scott Weiland, there was much to get excited about.

Now, two years later and faced with Weiland’s tragic loss, the band have re-grouped and in the place of the much-missed Stone Temple Pilots singer, recruited another Scott – ex Creed man Stapp – to handle vocal duties.

This has meant a slight change of direction on album number two, because Stapp only does things in one way and that’s huge. The way he writes, the way he sings and just his demeanour means that “The Madness” is headed in only one direction and that is arena filling hard rock.

“Won’t Let You Down” a pulsing, throbbing song that comes around halfway through the collection has just about the biggest chorus so far this year. But where such a thing might seem a little contrived with other bands (did someone say Alter Bridge?) here it seems entirely natural.

Massive, muscular hooks are the order of the day from the off. “Echo Of A Scream” just about restrains itself from its urge to fight anyone who gets in its way, and it is essentially exactly what modern hard rock should be doing – and the likes of Shinedown are left in its wake.

“1000 Degrees”, if anything is even more mighty and is a kind of 21st  century take on Kiss’ “God Of Thunder, and if you fancy big, fists in the air hooks, then this is for you.

“No Surrender,” by contrast, broods darkly, but make no mistake, its not going to die wondering and its not going to let you not notice it at any point, while the title track does the quiet/loud dynamic as well as anything has for a very long while.

One thing this record is not however, is bloated. There are 10 songs and it clocks in at well under 40 minutes. In that respect, it is a throwback to the glorious days where kids would get very excited the world over if they could stick an album on one side of a 90 minute tape (anyone under 40 can ask their parents what that all means).

In other ways too, it has its heart in the huge rock of the late 80s, “Changed Man” even revives the power ballad, which is fun, while “Light In Me” merrily wraps itself around an enormous Bumblefoot riff.

“Somber” – the longest track here at just over four minutes – will be a favourite with Creed fans, Dancing With The Devil” has a sleazy kind of thing going on, and “Afterbum” offers some oddly discordant harmonies amongst its chugging.

What it also does is bring to an end an album that is totally unashamed that it is a big old rock beast. These are songs that deserve – and need – to be sung by thousands of people in arenas. And that is the other point to the Supergroup. The players on here are used to such environments and “The Madness” is the best arena rock record in the classic tradition in quite some time.