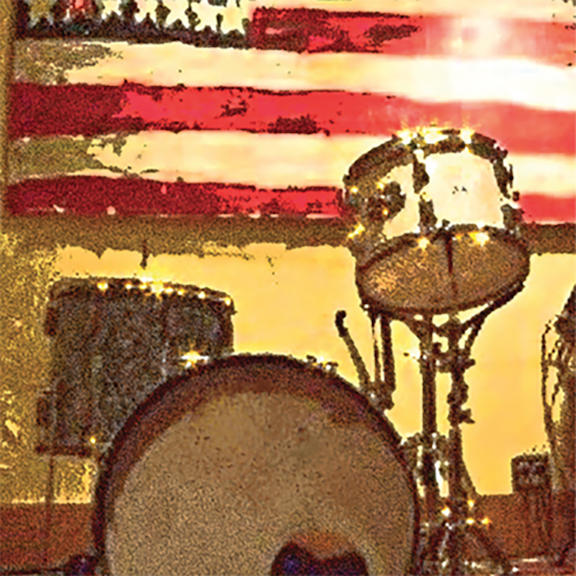 If doing this website for five years has taught me one thing, it’s that if you blag it, you get found out pretty sharpish.

Someone always knows more about their favourite band than you do and whichever band you are writing about is always someone’s favourite band.

So, just to prove that there’s no such thing as fake news on MV, here’s the thing, ladies and gents: the press release that came with this wants to make a huge deal of the fact that the singer in Ardent Sons, Tony Sales, is the drummer in a band called The Flamin’ Groovies.

….And I don’t have a flamin’ clue who they are.

We can debate the whys and wherefores of this at a later date, and the chances are that when I listen to them – which I will – I’ll probably end up a huge fan of the FG boys. What does need saying, though, is the reason for listening to them, or indeed any other band Tony Sales is in, is primarily because Ardent Sons are quite, quite marvellous.

Only seven songs in length, but seemingly belonging to a different century, “No More Than This” is what it would sound like if Black Crowes had gone to Muscle Shoals to make their later records.

“If I Can’t Have You” keeps it simple. The keys plink, it’s the soundtrack to your summer, and right out of the blue there’s a solo of rare quality. It’s classy, and if I may say so, a grower not a shower, because it melds its way into your mind without you even knowing.

There is a quiet confidence about them, nothing histrionic, nothing flashy, just a steely determination about their music,

And if that first one is good, then they get better. The blusier sound of “Anything Helps” is perhaps the best thing here. However sugar sweet the harmonies are, there is a real sadness here: “how come the other side can’t hold you close,” sings Sales “has to be push you away” and somehow, the solo here from Dave Flores, is just perfect for the mood.

“Take Me Down Easy” offers a bit of jazz vibe, while “It’s Not Me” is the musical equivalent of sitting at the table long after last orders, while the bar staff straighten the chairs and try to go home: “I called you too many times, and I can read between lines” is a wonderful first line, given that it speaks for the realistic dreamers everywhere, the ones who know they’ll never get her, but still text anyway……

“Anything You Want” is a real rock n roller, a change of pace, a real strut, but in common with the rest, its brilliantly done. It is juxtaposed by being followed by what amounts to its near polar opposite.  “Black Magic” is soul filled, string filled and has just a touch of Prince about it.

The whole thing, though, seems to be leading up to the title track. The longest thing here, it ties all the loose ends up and is pretty might in its scope.

“No More Than This” is fabulous. That’s pretty much all you need to know. And that’s just groovy.