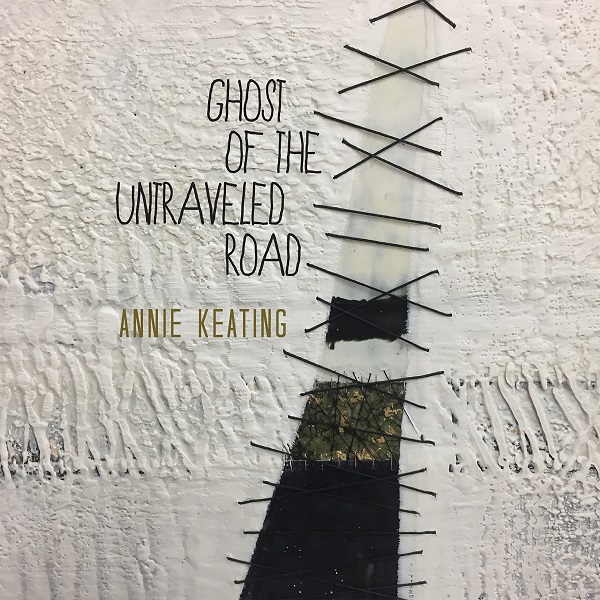 Like pretty much anything else in my life you can probably blame it on Bon Jovi.

I was coming up for 11 in 1986 when they released “Slippery When Wet” and music became mine, not my parents, not something that washed over you on the radio, but absolutely the point to everything.

I’ll be honest, everything Jovi have done since 98 has been laughable, but nonetheless, they were right to the fore when listening to this acoustic five tracker from Annie Keating.

Why you may ask – and to be fair it is a good question. It is not as if Annie has started bombastically shouting that she’s either halfway there, or indeed is she livin’ on a prayer as far as we know, but rather because it was Bon Jovi’s video for “Wanted (Dead Or Alive)” that first opened my eyes to the fact that it might not always be amazing to be on tour.

To give this some context, “Ghost Of The Untraveled Road” is a collection of “road” songs, conceived while Keating was on tour in Europe last year (MV saw one of the shows, and was told off by the star for sitting behind the speakers and made to move for a better view…) and it is a set of songs that is shot through with a sense of longing, and appears deep in thought throughout.

There is a touch of Dylan about the detailed imagery of the title track, which begins with the singer listening to a song she doesn’t understand on Italian radio – yet understands perfectly. And the music is superbly picked out as Steve Mayone (mandolin, nylon guitar and harmony vocals), Jason Mercer (upright bass) and Chris Tarrow (guitars and pedal steel) are all in fine form. Being on the road obviously gave Annie plenty of time to think, and the mention of “busy bees in my head” is the key here.

“Forever Loved” is propelled by the wonderful fiddle of Alex Hargreaves and has a gorgeous light and airy feel, while “Kindness Of Strangers” is infused by what seems to be a sense of tiredness. “Travel Has A Way Of Trading Time” she sings here, but she is clearly kept going by those she meets – and the message of hope in humanity here is at odds with the message in the media.

“Sting Of Hindsight” is perhaps the best thing here. “Maybe I’m built for a life on the road” she offers and this one seems to be the most personal: “Be here, let go of regret” seems to be Keating reminding herself to do just that, and at the risk of getting it badly wrong, maybe the “regret” she’s letting go of is in the celtic flavoured  “Forget My Name”, the closing track here.

Whatever it represents “Ghost Of The Untraveled Road” is the sound of honesty, the sound of skilful songwriting, and seems to be the diary that Annie Keating kept in the summer of last year.