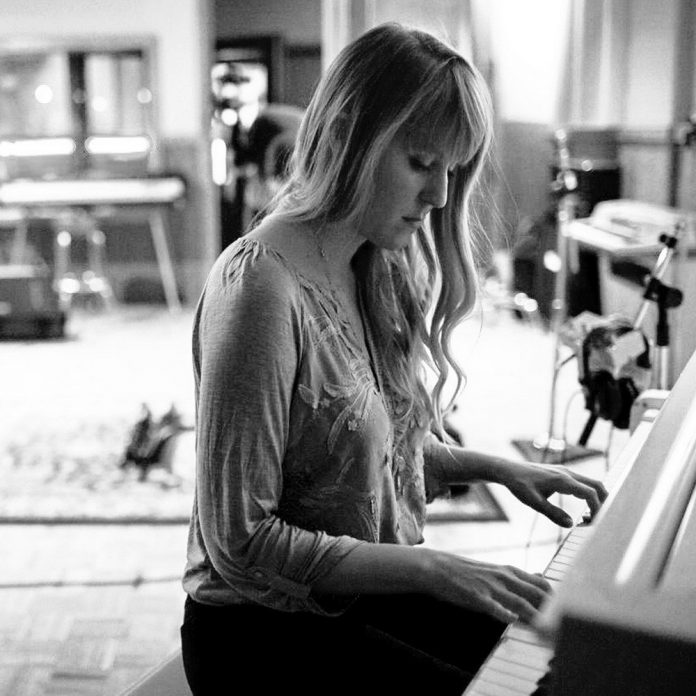 Iowa singer, songwriter, and multi-instrumentalist Anna Elizabeth Laube is a new name to me so her recent retrospective album, “Annamania”, is a timely introduction. A collection of songs from her four studio albums, `Outta My Head` (2006), `Pool All The Love Pool All The Knowledge` (2009), Anna Laube (2015), released shortly before she started using her full name and Tree (2016). The album includes three further songs, a brand-new song ‘I’m Gone’, ‘Jardim da Estrela’ and a cover of Tom Petty’s ‘Time To Move On’,

The album opens with `Sweet Boy From Minnesota` and it`s a gentle introduction with this mid-tempo country-tinged number that highlights what a golden voice Anna has. We have a cover of Tom Petty’s ‘Time To Move On’ and it`s almost unrecognisable as the singer has rearranged it into a contemplative stripped back ballad with just vocals and piano. There`s a wonderful French horn shared at times throughout adding a further poignancy to the sentiment of this number.

`All My Runnin` has some delightful pedal steel tinges throughout and along with a strummed / picked guitar and distant quite breathless vocals adds a real feeling of yearning for a relationship to fulfil it`s longed for outcome. A brushed drum and tinkling piano leads us through `If You Build It` a quite bluesy submission that conjured up images of a smoky late-night bar.

`Oh My! (Oh, Me Oh Me Oh My!) ` is a rootsy upbeat track with harmonica tinges and honkey tonk piano keys allowing the vocals to relate a tale of almost supressed lust for a fantasised object of desire. The unreleased `Jardim de Estrela` is a song that was written after Anna`s first trip to Lisbon in Portugal about a small park in the heart of the city. A predominantly acoustic number that has an accordion solo and to me had a rather Mediterranean / Latin feel.

`Already There` is an introspective pop-flavoured country tune with some pleasant harmonies, while `Beautiful Boy` is a throwaway easy listening love song with some whimsical guitar chords.

`Sunny Days` has a warm jazzy feel about it and some nice bass tones, evoking romantic lazy balmy summer days. The infectious `Hippy Boyfriend` had a hypnotic bass line running through it and reminded me so much of the acoustic folk of songs like Joni Mitchell`s `Big Yellow Taxi`.

`I`m Gone` had a wonderfully rolling edgy feel with some nice harmonies and a cracking guitar solo. A cautionary tale of exiting a relationship not before time. The penultimate track on this collection `Please Let It Rain In California Tonight` is a real tearjerker. A touching prayer, plea or invocation for better times which has an added resonance as it`s shared with just a piano and Anna`s stirring vocal delivery.

This showcase closes with `Tree` which is a peaceful acoustic americana / folk tinged number that uses a tree as a representation of something that the writer returns to, an anchor in life that has been there as long as they have and always seems to be there in difficult times.

“Annamania” certainly gave a flavour of what this artist has to offer which was a mixture of Americana, blues, folk and some jazz. This release seems to be a mood record as some songs will appeal in certain temperaments or mind sets. At times it`s quite introspective and reflective and at others, amusing and light-hearted. “Annamania” is an enjoyable anthology and it will be interesting to discover what direction this musician will take in future.