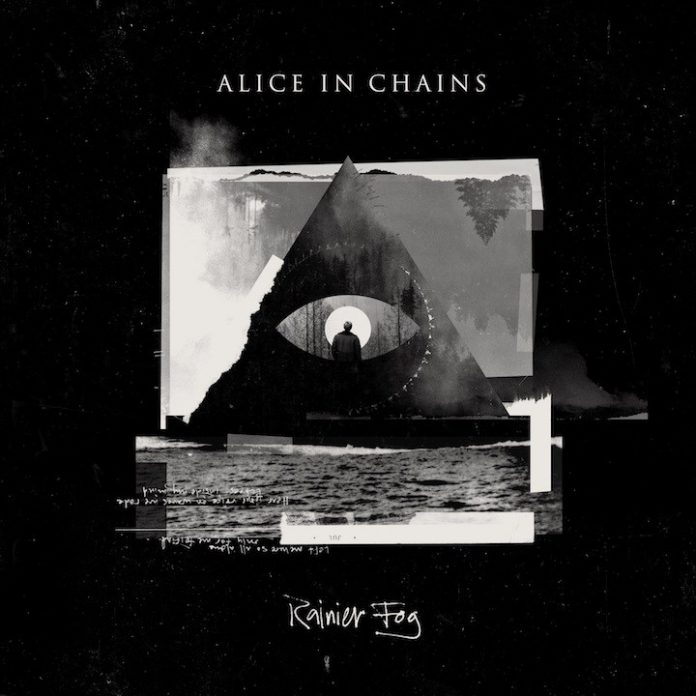 Then there are those bands who you can tell one of their records a mile off.

To be honest, most – if not all – of my favourite artists have a “sound”. Like, you can tell an Iron Maiden song, a Thin Lizzy guitar line, an AC/DC riff, a Springsteen vocal, and you just know. And, interestingly, however hard people try, no one can copy the innovators.

Which brings this neatly to Alice In Chains.

I was still at school when I used to get up early on a Friday morning to watch Raw Power – the music programme I’d taped overnight – and then go excitedly to talk to my best mate (who’d done the same) about what we’d just seen.

In 1990, there came on a video from a band called Alice In Chains. “We Die Young” became the topic of that day’s conversation. It is still, 28 years later, a brilliant song. Strangely poignant given what happened to first their singer Layne Staley and then original bassist Mike Starr, but one that – along with a few that AIC have mustered over the years – has remained iconic.

Their third album since reforming in 2009, “Rainier Fog” has a couple of these moments too. Not least of which is the quite brilliant title track. The sort of thumping, driving triumph that convinces that no one does it quite like Jerry Cantrell, who along with drummer Sean Kinney has been there since the start.

That’s why those of us that never “got” grunge (me, to be absolutely honest) always loved AIC. They were – a bit like Pearl Jam – just a rock band. You can put your fists in the air to this one and no mistake.

But it sounds just like Alice In Chains. That’s the point about these signature sounds. It just naturally happens.

Right from the get go of “The One You Know” which with its slightly off kilter riff is a touch disconcerting, “Rainier Fog” is resolutely an AIC record. Sure, it might have a military drum beat, but it still has those vocals.

It is astonishing just how well William Duvall has fitted into the band. Forever the “new boy”, he was the perfect choice to replace the iconic Staley and he remains so. There is a moment on “Red Giant” where you close your eyes and get into a reverie, likewise “Fly” is a ballad the way absolutely no other band would do it and “Drone” might be heavier, but it soars on their terms and no one else’s.

Then there’s Cantrell’s playing. “Deaf Ears, Blind Eyes” has a bluesy feel, while “Maybe” sounds like an Alice take on “Carry On My Wayward Son” and there is – to me anyway – a thrash flavour to the intro of “So Far Under” (indeed, there is maybe only Slayer that writes intros this good) which does that classic AIC thing of sounding simultaneously out of tune and just perfect.

Speaking for myself, I’ve always preferred the band when they just go for it, and like the title track, “Never Fade” is cut from that cloth and is possessing of a fine hook and an even better chorus.

They are not shy of an epic sounding cut either. Indeed, “…Fog” finishes with one. “All I Am” does its work with class too, and its understated presence gives the collection a fine end.

Their first album for five years, “Rainier Fog” does a fine job of updating their legacy, and ensures that no one else does Alice In Chains better than themselves – both the four making this record and the two who’s spirit still absolutely hangs over their work.