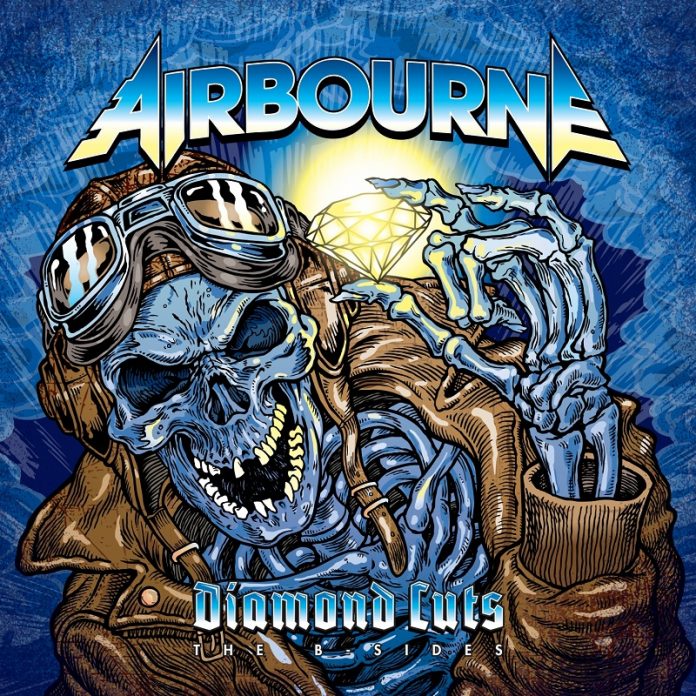 After a decade, Joel and the boys dig into the vaults and what they find ain’t for the easily offended

It’s always seemed to us entirely unfair that Airbourne get stick. People who decide whether things are cool or not have seemingly decided that there is something wrong with an Aussie rock band that sounds like AC/DC. This rather po-faced point of view doesn’t take into account a number of points that it really should.

Namely Angus and his mates aren’t going to be here forever, and second, all great rock n roll damn well should sound like it knows some AC/DC (we’ll accept a Thin Lizzy reference too – or better still a combination of both).

Of course, the Warrnambool four piece don’t give two shits about such things. For a decade they’ve been busy playing brilliant live shows, turning up louder than Motorhead, and smashing beer cans over their heads while racing into crowds (these last two things are mostly just singer Joel O’Keefe to be fair).

To celebrate that 10 years as one of the finest hard rock bands on the planet, there’s a box set of their first three studio albums, a documentary, and this. This, being “Diamond Cuts” 15 tracks that were mostly on b-sides and two never before released songs.

It seems appropriate to mention them first. “Heavy Weight Lover” – and for goodness sake what do you think it’s about – is essentially “Whole Lotta Rosie” rewritten, with mention of low blows and being on the ropes all night. “Money” on the other hand is a turbocharged anthem to sex, which contains rather marvellous couplet: I’m losing my patience, your pussy’s tighter than the United Nations.”

The point here is that Airbourne know this is stupid. They also know it’s fun and that’s all they’ve ever wanted to be.

Pick a song here and you’ll either be appalled or buy into it totally. Because here, Airbourne don’t piss about with double entendres. Rather on their b-sides they are unreconstructed and as basic as you like.

From the opening “Stand And Deliver” to the closing “Jack Attack” the boys never leave the bar, they never stop playing at a million miles an hour and the drinks never stop flowing.

“Red Dress Woman” hits a delightfully filthy groove, “Hotter Than Hell” goes full throttle into trouble, “Heads Are Gonna Roll” wants a scrap and it wants one now and “Kicking It Old School” – which has a touch more melody than the rest – contains the charming thought that “I’ve got a girl and sex is a thrill, don’t need protection cos she’s on the pill.”

Generally on here, they are obsessed with sex and violence. “Loaded Gun” is a homage to one night stands, and honestly “My Dynamite Will Blow You Sky High (And Get You Moanin’ After Midnight)” doesn’t need to be discussed really, does it? “Rattle Your Bones” manages to outdo its title too.“Party In The Penthouse” is probably the most polished thing here, but “You’ve Got The Skills (To Pay The Bills)” is for ladies of the night everywhere.

You probably wouldn’t want to play “Diamond Cuts” to your nan. Make no mistake, this is Airbourne at the most raw. Away from the glare of making records and doing what four drunken Aussie rock n roll freaks do. Many will balk at it, but then that’s always been the way with the band. Fans, however, will find this a real diamond encrusted treasure trove. Be warned though, it’s so dirty that you’ll need a trip to the clinic after.