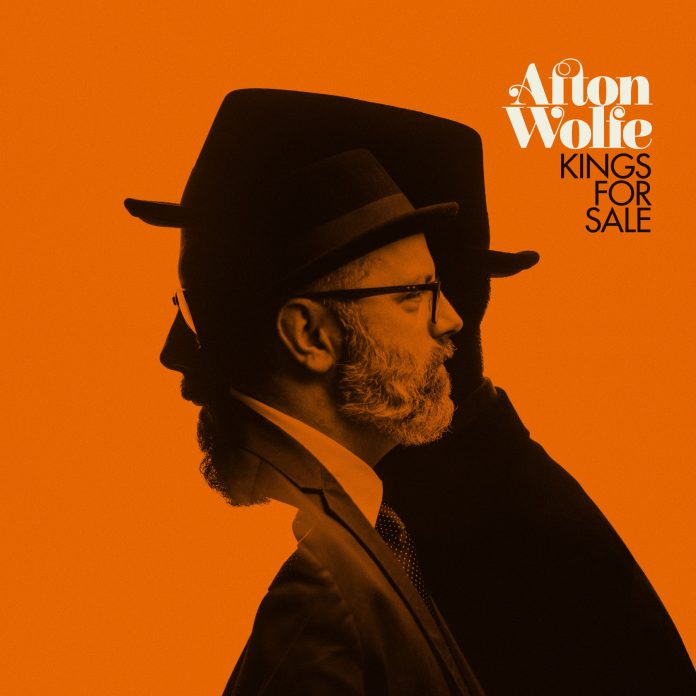 The album opens with a really fascinating track `Paper Piano` written about a couple of kids growing up with little in the way of money but making the most of what they have and especially their imagination. We enjoy delightful twinkling piano keys and a brass section of saxophone, trumpet and trombone which allows Afton`s deeply rich vocals a platform to shine. The addition of

Patricia Billing’s harmonising vocals really added a certain something. A sort of number that has a jazzy haze. A song that came from the singer`s time waiting bars comes with `Carpenter` and it`s a charmingly almost introspective melancholic offering. This country tinged recollection has some wonderful violin swathes, pedal steel tones and some unique percussion effects with the singer slamming a plastic Igloo® cooler on a wooden bench in the hall of the studio.

`Dirty Girl` opens with Blue Mountain frontman and Mississippi bluesman Cary Hudson’s spoken word supposition on the reason why Mississippi is so consistently a geographic centre of spirituality before leading us into the number blowing his harmonica and sharing bottleneck electric guitar riffs. It`s a strange road trip through the depths of Mississippi, a sort of shady bluesy jazzy eventful journey. There`s an autobiographical reminiscence on `About My Falling` a reflection, pained with regret on youthful overindulgence. It`s a wonderfully weighted composition with the right balance of keys, drums and brass and the singer`s vocals full of remorse.

`Cemetery Blues` is a number written by the late Billy Wayne Goodwin Jr who said that the song is about sexual exhibitionism in a graveyard with a “goth chick.” It`s a real rock out with former bandmate of Billy Wayne, Wess Floyd joining in on electric guitar. A heartening tribute to a departed friend. We have a cover of Truckstop Honeymoon`s Mike West`s tale of racial bigotry with `Mrs Ernst`s Piano`. The story is related in an almost spoken word format above a layer of quietly played piano, bass and drum with Laura Rabell adding the thoughts and words of Mrs Ernst.  The marvellous clarinet shades throughout, to me, gave it a kind of Klezmer vibe.

`Fault Lines` is a song about letting go and moving on written by the singer`s friend Ed Halliburton Puckett.  A quite mournful and expansive number that will need a few listens but will certainly leave you with a sense of sorrow. The vocals in `Steel Wires` expresses deep emotional sadness on this further tale of woe.

`O`Magnolia` closes out this album and was written for the purposes of becoming Mississippi’s state song. It was inspired by the November 2020 vote in Mississippi to change the state flag, removing the Confederate battle flag to be replaced by the flower of Magnolia Grandiflora, better known as the Southern Magnolia, Mississippi’s state flower. A Poignant and Impassioned number that had a hymn like quality. A thoughtful piece to end on.

`Kings For Sale` is a quite absorbing and engaging listen. The singer has encouraged the participation of some hugely talented musicians to bring his vision to life with Ben Babylon (piano and keys), Seth Fox (saxophone, flute, clarinet), Blaise Hearn (trumpet), Joey Dykes (trombone), Kristen Englenz (French horn), Mike Stokes (bass0, Adam “Ditch” Kurtz (pedal steel), Rebecca Weiner Tompkins (violin), Daniel Seymour (bass) and Tommy Stangroom (drums). Afton has a sort of lived in, deeply rich and characteristic vocal range which reminded me somewhat of Tom Waits, Nick Cave and the sadly departed Robert Fisher from Willard Grant Conspiracy. He can certainly relate a deep and meaningful narrative, which is something I do enjoy.