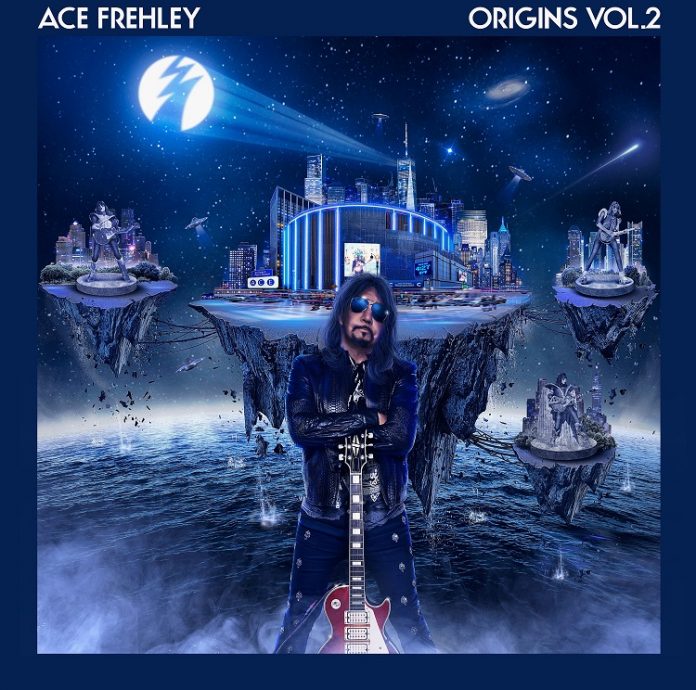 There were – if I am honest – many reasons why I wasn’t looking forward to “Origins Vol 2” (and if you check the history of the site, I didn’t review “Vol 1”, someone else did).

I’ll list some of them to get all my prejudice’s out of the way early doors. Some of these, I know, will have people switching to other pages.

All of which presents a problem when you’re reviewing an album by Kiss’ founding guitarist full of covers including Led Zep and The Beatles.

And yet, here we are and here it is. And it is, in truth, pretty good fun.

It starts with the Zeppelin one. “Good Times, Bad Times” is reasonable. It sounds like the original with a different bloke singing. That’s pretty much the case for all of them if I am honest.

Mountain’s “Never In My Life” is next. That’s a favourite of mine, and benefits from being played as a power trio, not too dissimilar from something Hendrix might do (the riff is acknowledged as an influence on him).

If I am honest, things spring into life with “Space Truckin’”. Now, Deep Purple are one of the finest bands in the world, and as such it’d be difficult to get this wrong. However, there’s a glee here. Not least in the fact that Frehley sings “space ace truckin’” as if he’s just thought of it. And the organ too, from Rob Sabino is right out of the top draw.

Best of all – and I admit it – is “I’m Down”. One of the few Beatles songs that isn’t crap in the first place, Ace and John 5 turn it into a garage rocker and this is right up there with Aerosmith’s on “Permanent Vacation” for the title of definitive version.

It ties for the honour of jewel in the crown with “Jumpin’ Jack Flash”. It’s the Stones. Arguably the greatest embodiment of rock n roll there’s ever been. So what can you do? Get Lita Ford to strut all over it, that’s what.

Credit too, for sneering through Clapton’s “Politician” with what sounds like genuine contempt for the ruling classes. It’s better than whatever accent he does “Lola” in. The harmonies from Ace’s girlfriend Lara Cove elevate it, but only slightly.

I suspect that “30 Days In The Hole” might be new to many. Whatever, Robin Zander owns it as only he could. It’s worth getting the album just to hear Frehley’s glam stomper riff too.

“Manic Depression” has a stab at Hendrix and shows that no-one really can do what Jimi does, and – I’ll be totally honest here – I’ve never heard (to the best of my knowledge) Paul Revere’s “Kicks”, but it is well done on this, and the lyrics might be a little closer to home than many of them.

“We Gotta Get Out Of This Place” must be one of the most covered records of all time, and whether we need another version is questionable. This one is better than the one Bon Jovi used to do, that’s for sure.

Kiss fans will naturally gravitate to “She”. The bonus one at the end. It sounds like “She” to me, which is alright if you like that type of thing, I suppose.

That kind of applies to the album. Did it need to be made? The answer is probably “yes”, given that in the sleeve notes Frehley says of “Kick Out The Jams” “if the record company want an “Origins 3,” that’ll probably be on it. It probably explains why, apart from three notable exceptions, this all sounds so corporate and anodyne. Not bad. And that sums up how I feel about both this and Kiss more generally.