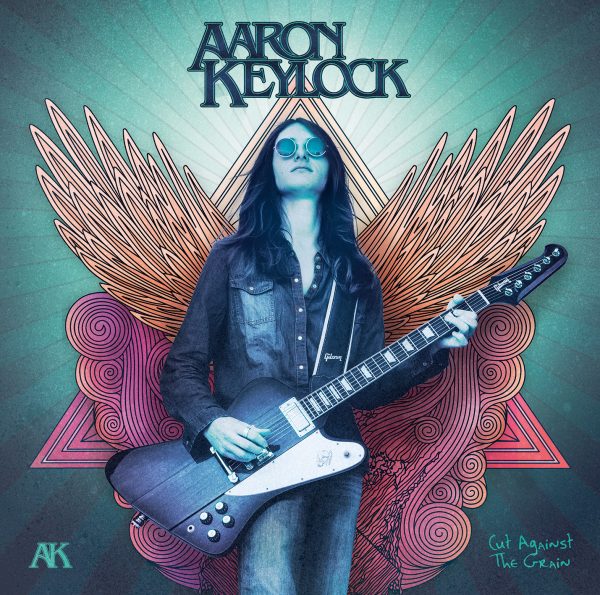 The next hero of British blues? No. So much more.

There’s a track, just after half way through this debut record from Aaron Keylock (in the old days you’d have said it started side two) called “That’s Not Me”. A countryfied strutter shot through with a West Coast feel, at the end of the chorus it sums up this album, this artist and his career to date.

“Ain’t nobody tell me what I’ve got to be” he says, and whether it is meant to be two fingers at those who pigeon hole him only he knows, but it doesn’t half feel like it.

Actually, this is one record that you can judge by its cover. Keylock – still in his teens – like some hippie icon from the 1960s, this peace and love is a world away from the blues you were led to believe was his stock in trade.

It might be, however, that we should have always expected the unexpected from a kid, who at just 16 had the bollocks and the talent to get up and play a set in the morning to Bloodstock Festival (this, in the interests of full disclosure was MV’s first look at him too).

He was basically a blues player, then. But watching him in the intervening three years has been to watch the evolution of a very special talent. “Against The Grain” is merely just the natural extension of that.

Indeed, “natural” is a great word to sum up Keylock. There is nothing forced about this prodigiously talented player and songwriter. He’s in a band with two of his mates – themselves in their teens – and they have so much potential it’s scary. Perhaps that isn’t too fair, either. Potential indicates there is a way to go, when in fact “Against The Grain” delivers in the here and now.

“All The Right Moves” has echoes of Rory Gallagher as it builds its way into being a brilliant opening foray, “Down” gets itself down to the crossroads and is one of the more outright blues things here, while there is a glee about “Medicine Man” that has always been there since you first saw him play it.

That is one of the songs that has been with him the longest and it is perhaps odd that the track that Keylock” himself says was the first serious one he ever wrote is perhaps one of the best, the wonderful – and wonderfully mature – “Just One Question” is a slice of classic blues that anyone would be proud of. It shouldn’t have been written by a 13 year old, but it was.

Elsewhere there’s a sun drenched feel to its (near) title track “Against The Grain” a stripped back, plaintive thing going on in “Try”, a wide innocence about the Stone-esque stomp of “Spin The Bottle” and some mighty fine slide playing in the southern rock influenced “Sun’s Gonna Shine” and “No Matter What The Cost” is one of the finest acoustic driven songs since The Temperance Movement’s “Chinese Lanterns”.

“Cut Against The Grain” is one of the finest debut record’s in years. Quite where Aaron Keylock goes from here is still open to question, but two things are certain.  First that it will be superb whatever he does, but second he will take his music where he wants it to go.