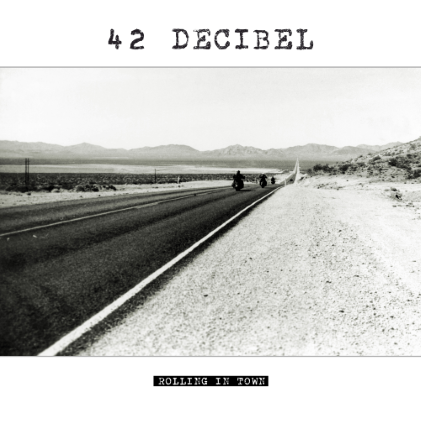 South American rock n roll with its eyes down under


Rock n Roll is a universal language. You sometimes forget that there’s more that binds us in this world than divides us – and God knows the news on TV right now indicates the opposite. In that context then, there’s something rather gratifying about the fact that in Caballito, a barrio of the Argentine capital, Buenos Aires, there are four blokes who wanted to plug in their instruments and make a truck loud of songs that sound like early AC/DC, Rose Tattoo, or Cold Chisel.

And to be perfectly honest, whether you like “Rolling Into Town” will depend on two things. First, whether you like Bon Scott era Acca Dacca and second, whether you buy into the fact that this bunch of of reprobates aren’t playing this to be cool, or original, but just ‘cos they want to. Christ, one of them calls himself Billy Bob, and that makes them just fine in our book.

There are ten songs here and like the blokes they are taking their cues from, 42 Decibel don’t deviate too much. You put it on and the opening groove of “Can’t Keep Control” hits you. You think “blimey this sounds like an Aussie band and that feeling never leaves you too often throughout.

Yes, “Short Fused” might add a dirty little bluesy motif, but then so did “The Jack” and “Drop Of Blues” might do the same, but the fact is that by now you’ve either got your horns up, grinning like a maniac looking for your old copy of ’74 Jailbreak, or you’ve turned off.

And you suspect it’ll be that black and white. People will either love this as much as the band do, or they will dismiss it as unoriginal. MV is very much in the first camp, largely because if someone is going to write a song called “Rude And Fast” then dammit we want it to sound like a drunk Georgia Satellites getting very drunk on Jack Daniels in a rancid bar. Theres one here and this does. And when a track called “Down The Hatch” is on the offing, it’d better sound like the singer has a hangover.

The ten tracks here are nothing other than a discussion of three things. Wine, women and song. And shouldn’t rock n roll always have that in its locker? Shouldn’t there always be songs like “Midnight Tease” about evil women doing men wrong, over a bass guitar that swaggers with the menace of a wrecking ball? Of course there should.

During the whole of the record 42 Decibel give the impression that they have made this because it’s exactly what they wanted to do, but that thought is never more evident than on the seven minute long boogie of “Cold Steel Rider” it lumbers along like an intoxicated Creedence Clearwater Revival and builds up into something pretty special.

They even have a little stab at Jazz before the end. “Smooth Talker” is very much the sound of a band at the end of the party, realising what they’ll have to clean up in the morning, it is laid back and rueful.

It’s also the only time on the this record when things aren’t brash and everything isn’t turned up to 10 with the needle in the red. 42 Decibel deserve turning up loud and if they do roll into your town, go and see them, because they might just be spectacular live.