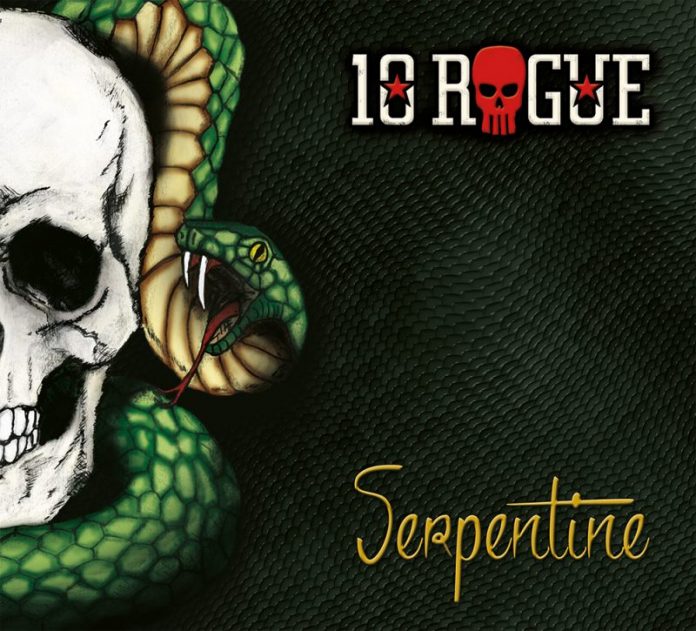 Arena rock is back

It doesn’t do to analyse everything – and anyway it could just be the natural cycle of things – but whatever the reason is, arena rock is making a comeback.

Bands are unashamedly writing songs with big hooks, bigger choruses and screeching solos again, and just in case you think that its all a bit 1987 (both the year and the Whitesnake album title apply here) then the best are infusing it with something entirely modern.

And right at the forefront of this new movement are 10Rogue. From Belgium by way of their native South Africa, the five piece are ready to unleash “Serpentine” on the world. And if you’ve never heard of them, then you’re very soon about to.

Quite honestly, songs this polished and this catchy are designed for – literally – the big stage and they aren’t all that interested in constraints.

“Erased” kicks off this 13-track collection looking for the fast lane, and by the time it’s hit the chorus a minute or so later, then you are ready to proclaim them as the new Def Leppard.

In truth, they are more than that. “Amphetamine” is a preening, prancing rocker and there is a hint of the best sleaze here and, if you pump your fist a little bit then it’s fair to say no one here is going to mind too much.

There is enough here, though, to think that 10Rogue are the very realest of real deals. “Dark Angel Princess” has grunge flavoured guitars, but a pop side that few could match, and there is a modern heart beating through “Disappear You” (although none of the grunting that so spoils so many bands).

The word “Nickelback” is one which divides, but on this site it is always meant positively, and Chad and the boys have made millions from songs like “Get Myself Free” and there’s no reason to suppose Peter Evrard and his merry men aren’t headed the same way.

Indeed, Evard proves himself a versatile singer, while guitarists Vincent Weynen and Zan Geerarts are in incredible form throughout this. Not least on the thumping “I Am The Light” which chugs along with more confidence than any bands debut has a right to.

No album of this type would be complete without its ballads. “Serpentine” has “Know Better” which has radio hit written all over it, but they seem happier when they let their hair down, like on “Unscathed”, which is followed up with “Love Hate” and fast forward ten years and you can almost see 10,000 kids losing their shit when the breakdown kicks in.

“Some Day” is made for festivals, while “You’re Killing Me” does the mid-paced thing that Bon Jovi did so magnificently in their heyday, but gives it a modern twist. “Dysfunctional” on the other hand, just has fun.

Even better, it finishes with a three minute, heads down, balls out rocker of a thing that is almost prime Backyard Babies. “When Ya Down” is a rambunctious end to an album that barely needed to get any bouncier

In fact, so good is “Serpentine” that everybody will soon be claiming they’ve discovered the next big thing. Get in quick and be the first. Hard rock is alive and thriving again.