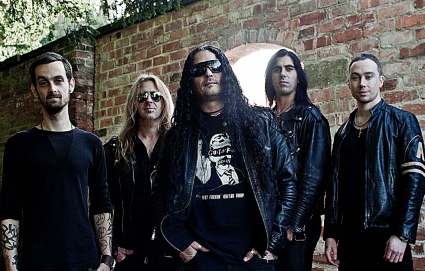 ZP Theart and his new mates will head out on tour next month. Will the genocide be silent?

I AM I –  who MVM saw play their first ever gig, at  Birmingham Academy a few years ago,  will be hitting the road again in November to play a short series of dates with two fabulous bands in support – Fahran (excluding Nottingham and Doncaster) and Ajenda, while they take some time out from the studio where they’re currently working on new material (to be released next year). We saw Fahran play with Snakecharmer earlier this year and they were superb.

I AM I will be showcasing some of  their new music on this tour, and they might be including a surprise or two along the way!!

The band have now solidified their line up with a cracking bunch of top class musicians who have gelled incredibly well and are all ready to roll out the storming new era for I AM I.