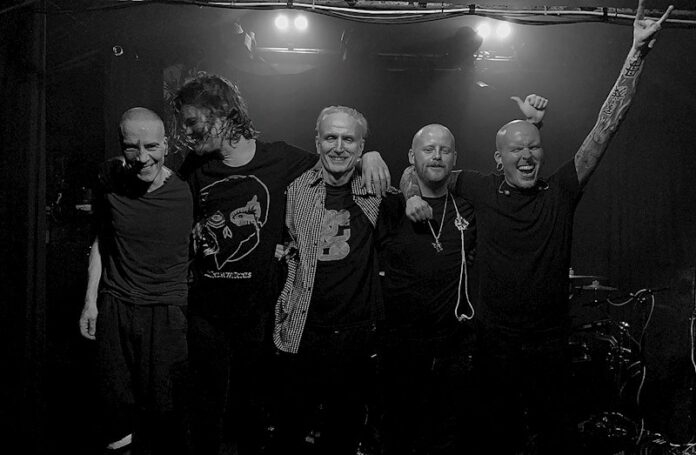 With the release of their excellent self-titled debut last month, Irish Electronic/Prog-Crossover crew, Restive Nation have unveiled an awesome animated video for their new single ‘The Marionettist’

The Marionettist‘ sees the band tip the hat to early millennium electronic genre, all-the-while keep their unique trademark sound. The single follows the bands’ recent release of their highly-anticipated debut full-length LP, which was independently digitally on February 25th with vinyl pressings due in the coming months with pre-orders now live. Click here to secure your pressing.

The band drafted in the talented animated services of Simon Prunty. Check out the new single, ‘The Marionettist’ here:
Bassist, Timmy Lynch [pic below] comments on the track; “The Marionettist is a trip-hop infused progressive rock track with influences ranging from Massive Attack, Oceansize and Karnivool. There‘s a unique blend of electronic elements which are reminiscent of early ’00s electronic music. It starts quite funky but later progresses to a much darker themed song.”

Their self-titled new album is out now [on all good streaming sites] and is also available for pre-order if you’re a fan of vinyl. This will be Restive Nation’s debut vinyl pressing and to celebrate the release, a small batch of pressing will come with a random limited art print [designed by Mainstagedesign] taken from a selection of designs that reflect each track on the album.

You can order your copy here.

Restive Nation [Self-Titled] is out NOW on all good streaming platforms. A very limited number of vinyl are now available for pre-order with the first 120 copies containing an exclusive limited edition art print, designed by MainStage Design Studios.
Vinyl orders can be accessed via this link https://restivenation.bandcamp.com/album/restive-nation
For more information, please visit www.restivenation.com album orders here.