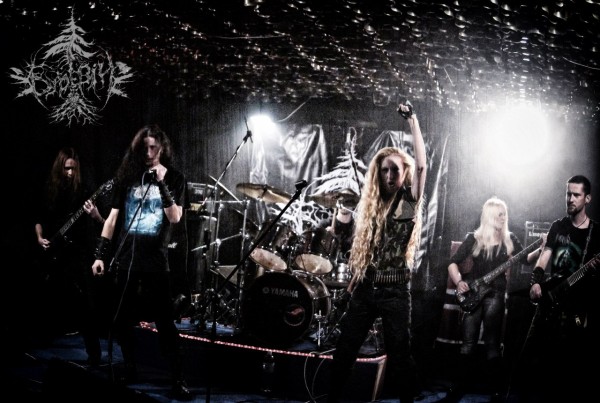 At MVM we get hundreds of emails a week from people and bands who want to be featured in our pages. Usually bands are “stoked” or the music is “awesome” – then sometimes, just sometimes you get a press release like this

November rain… lingering. Obscure and humid air percolates into the depths of consciousness imbuing the whole essence with damp despair and utter grief. Only chaotic cries of nomadic flocks of rooks lift one’s look at morose sky, rippled with heralds of winter…

Blizzard … Here it is – the long-awaited shroud. … And the snowstorm veils one’s eyes so that one could hear in the silent freezing air stiffened echoes of distant images… of the Universe.
What it all  means to be honest, Lord knows, but the fact at the bottom is this.

Those words herald the debut album from Ukraine’s Bureviy, “Concealed Beyond The Space”  which will be released via DARKER THAN BLACK RECORDS on March 22nd 2015.

I am glad to have cleared that up. Here’s the tracklist