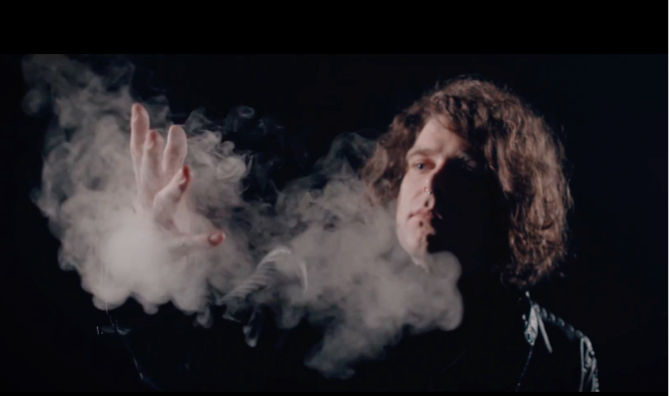 Rising Devonshire trio Reigning Days have soared into 2018 with their punchy new single’Inhaler’ and have just revealed the accompanying video, which premiered on kerrang.com yesterday.
A smoke submerged, brooding clip, it highlights moments from their recent Independent Venue Week voyage.
About the track singer Dan said, “‘Inhaler’ was one of the later songs written for the album and it bridges the light and dark elements that typify the album’s sound. We love playing it live as the audience seem to get its energy and vibe and throw themselves into it”.

The track follows the previous single ‘Gravity’, both of which feature on their highly anticipated debut album Eclipse, out April 13th via Marshall Records. ‘Gravity’ has now spent 10 weeks on the Planet Rock playlist and went straight onto Kerrang’s Rock Chart as well as receiving regular plays on K! Radio.

Their bold and modern rock sound has seen them frequently tipped as one of the most exciting bands in the UK. Enriching power riffs, pounding beats and infectious melodies with a twisted edge, sees them sit comfortably alongside the musical likes of Queens Of The Stone Age and Muse.

Reigning Days broke through with their 2016 critically acclaimed debut EP, which featured the huge tracks ‘Friendly Fire’, ‘Empire’ and ‘Renegade’ and has secured them airplay on Radio 1, support slots with Feeder, Enter Shikari and Lower That Atlantis, and appearances at festivals across the world.

They have now been confirmed for this year’s Great Escape Festival, where they will be playing the Autonomy Stage and have more shows to be announced for 2018.