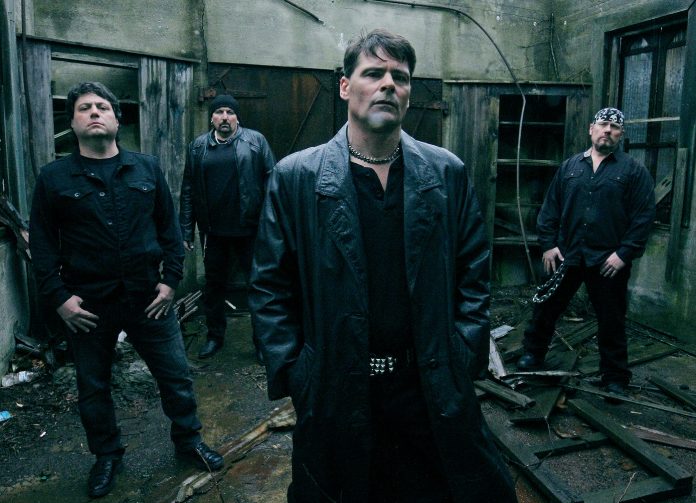 Virginia based rockers release EP
The Virginia-based band, Red Reign, have issued a self-titled EP overseen by Grammy-nominated producer, David Ivory (Halestorm, Roots, Silvertide), and will be celebrating its release with a performance on a bill with rock legend Lita Ford – on Friday, December 2nd at the Beacon Theatre in Hopewell, VA. Ticket ordering info can be accessed via this link: http://thebeacontheatreva.com/shows-2/
“We are extremely excited to play a show with Lita Ford and show fans what this band is capable of, when playing live,” says Red Reign drummer, Sammy Lee. “To coincide with the show we will be releasing our self-titled EP that will be available on all music downloadable sites as well as thru the band website www.redreignband.com.”
“Working with David Ivory has been great,” adds Lee, about the self-titled EP. “He really has an exceptional understanding of getting the band’s ideas directly down on tape, and capturing the excitement of our live show.”
One of the EP’s standout tracks is “Not That Way,” which the band’s singer, Carlton “Bubba” McMichael describes as “one of those songs that is about a love gone bad and then the girl realizes she made a mistake in our relationship and wants to get back into the same relationship she poisoned. But the guy has gotten over her and moved on.” A lyric video for the track can be viewed here:
Other tracks include “Chains” (“About the feelings of being held back and looking for that escape”), “Toxic” (“The feeling of hopelessness in a relationship”), “Red Reign” (“The anger side of a relationship”), and “What is Love For” (“About you pouring yourself into a relationship, knowing it’s not going to go far”).
Originally formed in summer of 2013 in Richmond, Red Reign singer/guitarist Carlton “Bubba” McMichael and drummer Sammy Lee started the group, after leaving a cover band to pursue all original music band. A month after putting the plan together, bassist Larry Moore was added to the band, and guitarist Stevie Shred was added in early fall of 2015 to complete the band. The aforementioned self-titled EP is a follow-up to their debut full-length ‘Chasing Shadows.’
And on December 2nd, rock fans in Hopewell will get the opportunity to experience Red Reign live, in the flesh.
SELF-TITLED EP TRACK LISTING:
1)  Not That Way
2)  Chains
3 ) Toxic
4)  Red Reign
5)  What is Love For
FOR MORE INFORMATION, PLEASE VISIT:
www.redreignband.com
www.facebook.com/RedReignBand/