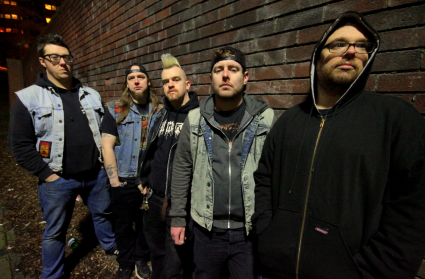 MVM faves have new record out – and we’ve got a track right here!

The brilliant Reign Of Fury are gearing up for a huge 2015. Their second album ‘Death Be Thy Shepherd‘ is out on 27th February and they will be supporting this with tours and festivals across the UK throughout the whole year. Already with a huge amount of fans behind them, this new album should see them rise through the metal ranks at speed!

Formed in 2006, Reign Of Fury is the coming together of like-minded musicians with a passion for 80’s metal. They proudly embrace their inspirations, combining them with diverse flavours picked up on the music scene in bands such as 4ft Fingers, Screamin’ 88s, Gash and Whippasnappa. The end result is an explosive culmination of truly immersive music that stays faithful to what makes metal great, whilst delivering a fresh and truly accessible sound and is building an army of fans at a colossal rate.

The band played Bloodstock 2012 and undertook a 40 date tour in 2013 including 10 festival appearances. They were also the hosts of the Headbangers Balls tours with several sold out shows, including headliners Onslaught and Lawnmower Deth featuring Dr Hell from Evil Scarecrow, and have played support shows with M.O.D and Stampin’ Ground.

Major festival appearances to be announced in 2015.

Tour dates so far are:

Tracklisting:
1. Faustian Mastery
2. Harbinger of Decay
3. Hypnotise the Masses
4. Gates of Sanity
5. All is Lost
6. The Love of a Dying God
7. Sorrow Made Flesh
8. Death Be Thy Shepherd

Previous article
It’s All About The Blood, The Sweat, The Beers
Next article
Whiskeydick Are Drunk As Hell