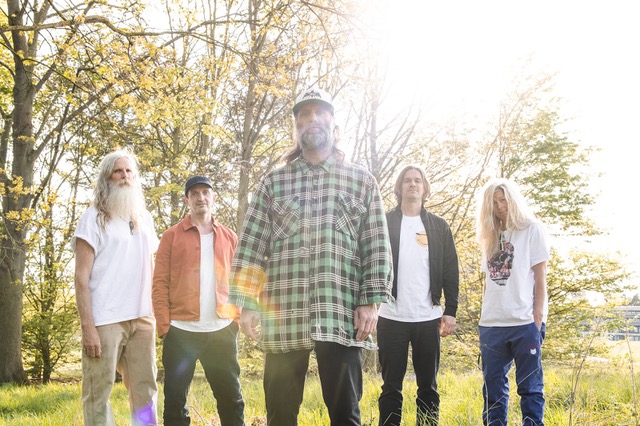 Glastonbury rockers REEF are pleased to announce a string of new UK shows for 2023.

With all dates rescheduled from this Autumn to the new year, the five-piece will be kicking off a run of gigs at Plymouth’s The Depø on 30th March 2023 before wrapping up at Guildford Boileroom on 23 April. All tickets will remain valid.

Catch the band at these UK venues as follows:

Since their formation in 1993, REEF have sold in excess of 3 million albums worldwide, with 9 UK Top 40 singles and 6 UK Top 40 albums, as well as penning arguably one of the biggest rock songs of the 90’s in their George Drakoulias-produced Top 10 single “Place Your Hands”.

A band still very much at the top of their game, earlier this year, REEF, soared back into the UK Top 20 with their rave-reviewed new album ‘Shoot Me Your Ace‘. Produced by Andy Taylor (Duran Duran/The Power Station), it testifies to a band in the rudest of health and has already proved to be one of the year’s most thrilling rock albums, with Classic Rock magazine praising it as “Lightning in a Bottle stuff” (8/10). From the title track’s swaggering opening salvo to the rollercoaster closer ‘Strangelove’, ‘Shoot Me Your Ace’ is a thrilling blast of unadulterated rock’n’roll joy. There’s plenty of colour and shade across its ten tracks, from the soaring ‘When Can I See You Again’ and the soul-powered of ‘I See Your Face’ to ‘Wolfman’s lupine rock’n’roll, there’s no let-up in its delivery.

Since the album’s release, the band have had a hectic live schedule opening for the likes of The Rolling Stones at their Olympic stadium show in Munich, headlining the Avalon Stage at Glastonbury and performing at a selection of the best festivals across the UK and Europe this summer. The band are also confirmed to be *special guests* for The Black Crowes on their upcoming Shake Your Money Maker UK Tour this Autumn too.

With a reinvigorated line up, original members Gary Stringer (Vocals) and Jack Bessant (Bass) and longterm member Jesse Wood (Guitar) are now joined by one of the UK’s most highly revered drummers, Luke Bullen (Bryan Ferry / Joe Strummer / K.T Tunstall) who now features as a full time member. The band’s live line up at their Autumn shows will also see the extra addition of North Devon virtuoso guitarist Amy Newton, who will be adding an extra special dynamism and energy to the set.

REEF hit the road for a series of UK shows in March and April 2023.

Their acclaimed new album ‘Shoot Me Your Ace’ is out now on CD, black vinyl, coloured vinyl, cassette and digital.