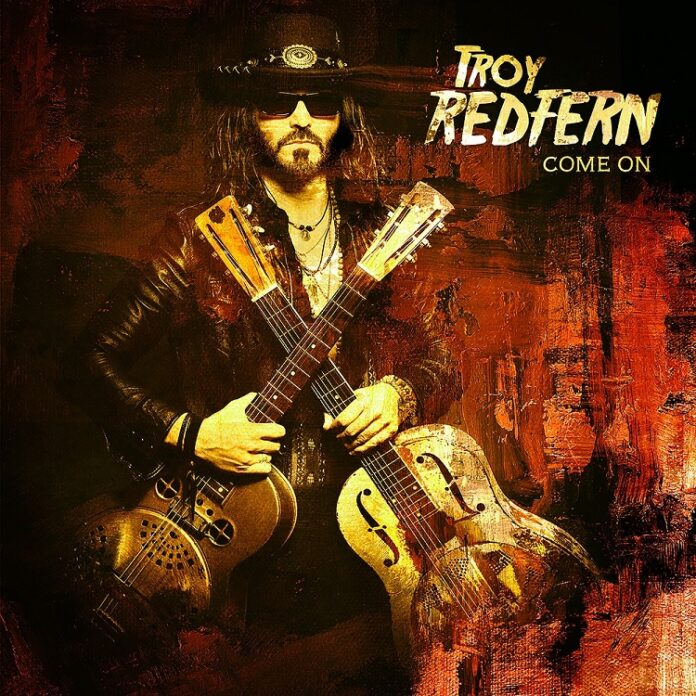 Hot on the heels of his critically acclaimed 2021 album The Fire Cosmic, blues-rock slide guitarist and singer-songwriter Troy Redfern returns with his most compelling album of his career with The Wings of Salvation. The 10-track album released Friday September 23rd, is available to pre-order from www.troyredfern.com/shop.

The first single Come On released today, is available to buy and stream HERE. Watch the official Come On music video on YouTube HERE.

“I wanted to make a record that was a true representation of where I am right now as an artist,” says Redfern. “I wanted to create something in the spirit of the old school classic rock albums that I grew up listening to.”