Ahead of their headlining shows at the Reading and Leeds Festivals, Kilimanjaro are proud to announce that Grammy® Award-winning Rock and Roll Hall of Fame inductees Red Hot Chili Peppers are to return in December for their first UK tour in five years.

The band will be touring in support of their 11th studio album, The Getaway, out now on Warner Bros. Records, which was #1 in ten countries across Europe and was produced by Danger Mouse and mixed by Nigel Godrich.

Red Hot Chili Peppers have spent the summer performing at a variety of music festivals around the world, including headlining Lollapalooza in Chicago, T In The Park in Scotland, Fuji Rock in Japan and this weekend headlined the Reading and Leeds festival.

Supporting the band across their UK tour will be Japanese sensationBABYMETAL. The J-pop teen metallers have taken the world by storm since their formation in 2010. Their latest album METAL RESISTANCE peaked at number fifteen on the UK Albums Chart, the highest position reached by a Japanese band. 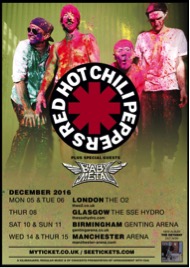 One of the most successful acts in rock history, Red Hot Chili Peppers, which is singer Anthony Kiedis, bassist Flea, drummer Chad Smith, and guitarist Josh Klinghoffer, have sold more than 60 million albums, including five multi-platinum LPs, and won six Grammy Awards, including “Best Rock Album” for Stadium Arcadium, “Best Rock Performance By a Duo or Group” for “Dani California,” “Best Rock Song” for “Scar Tissue,” and “Best Hard Rock Performance With Vocal” for “Give It Away.”  The band was inducted into the Rock and Roll Hall of Fame in April 2012. Red Hot Chili Peppers’ latest studio album, The Getaway, was released by Warner Bros. Records on June 17, 2016.

Formed in Japan in 2010, BABYMETAL have grown from the seeds sown by band overseer KOBAMETAL and evolved steadily into one of the most powerful musical phenomena in the world today. Backed and supported by some of the finest metal musicians their native land has to offer, SU-METAL,YUIMETAL and MOAMETAL began their mission to unify the world through Heavy Metal with the release of their debut single, ‘Ijime, Dame, Zettai’, which was an instant success in Japan and word about the trio swiftly spread to all four corners of the globe when their video for ‘Gimme Chocolate!!’ hit the internet and rapidly went viral.

Since then, BABYMETAL’s reputation had crossed the globe and was beginning to make waves in Europe and America too. Succeeding their first ever Arena headline show in the UK at the SSE Arena Wembley in April 2016, BABYMETAL are scheduled to perform two nights in a row at the prestigious TOKYO DOME this September to a collective audience of 110,000 people. BABYMETAL’s second studio album METAL RESISTANCE was released on April 01, 2016. 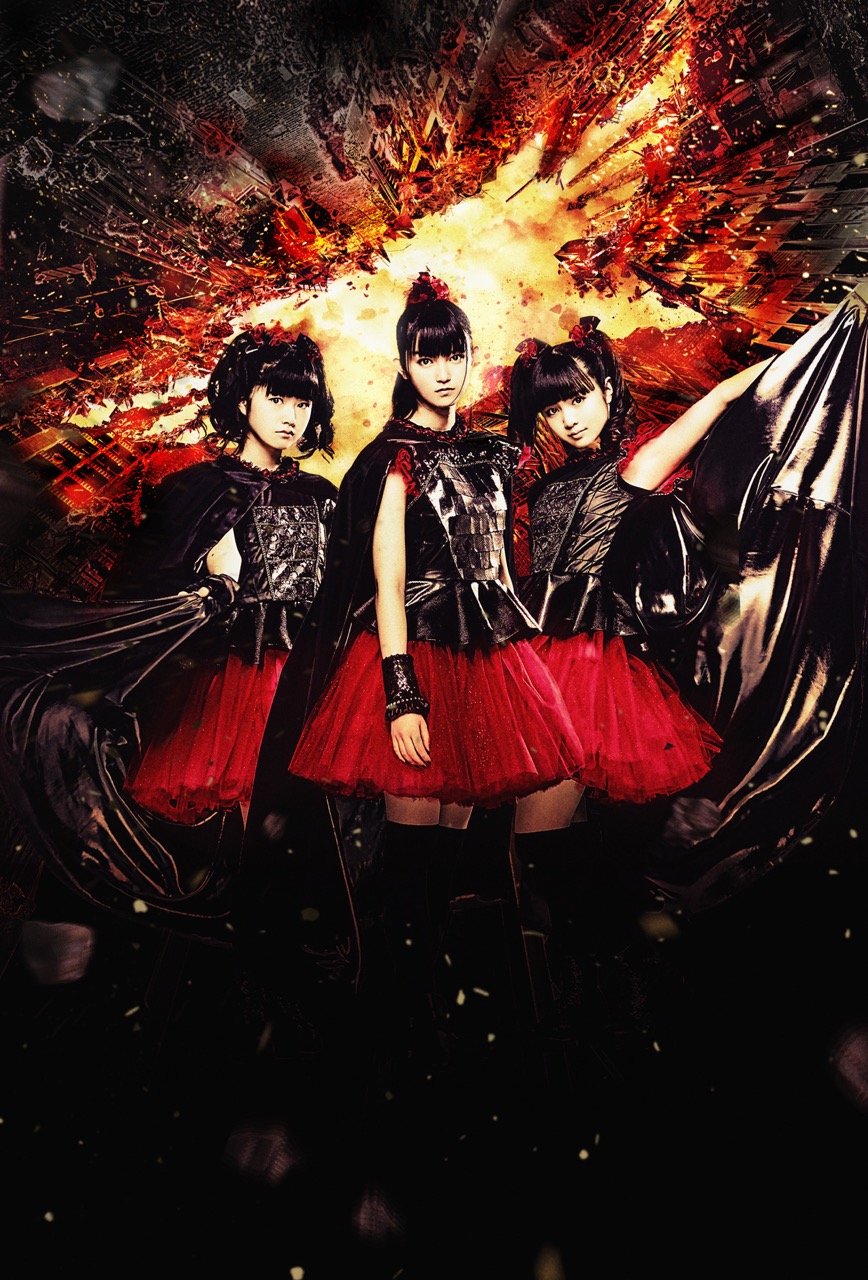