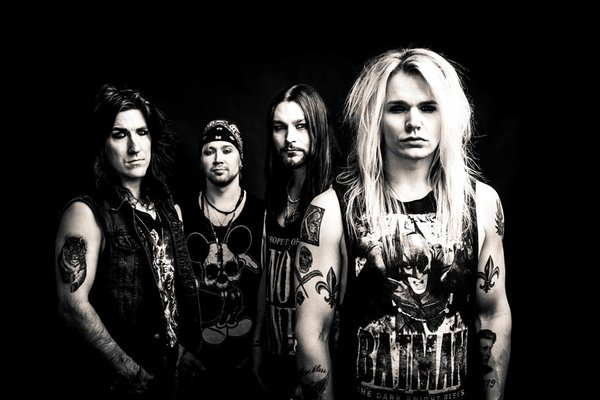 You asked, they listened! Fresh off their appearance at Camden Rocks Festival, the mighty Reckless Love have announced they shall return one more time in November for two exclusive UK appearances inNottingham and London.

We are absolutely thrilled about the fact that we’re coming back to “InVade” a few of the best British rock venues again in November 2016,” explains frontman Olli Herman. “Our fans in the UK have always treated us better than anybody anywhere else and it almost feels like we’re coming back home. This time we don’t have many shows booked but we hope that our fans from all over the country can make it over to have a good time with us. We can’t wait to see you all again.”

Following the release of InVader, the band’s fourth studio album, the colourful fun lovin’ foursome have travelled across Europe entertaining the masses with their high-energy party anthems.

The quartet recently released their second single: We Are The Weekend – a genuine Friday night call-to-arms, and opening track on the flamboyant Finn’s latest effort. Reckless Love are on a mission to add a contemporary sheen to the glory of vintage rock!