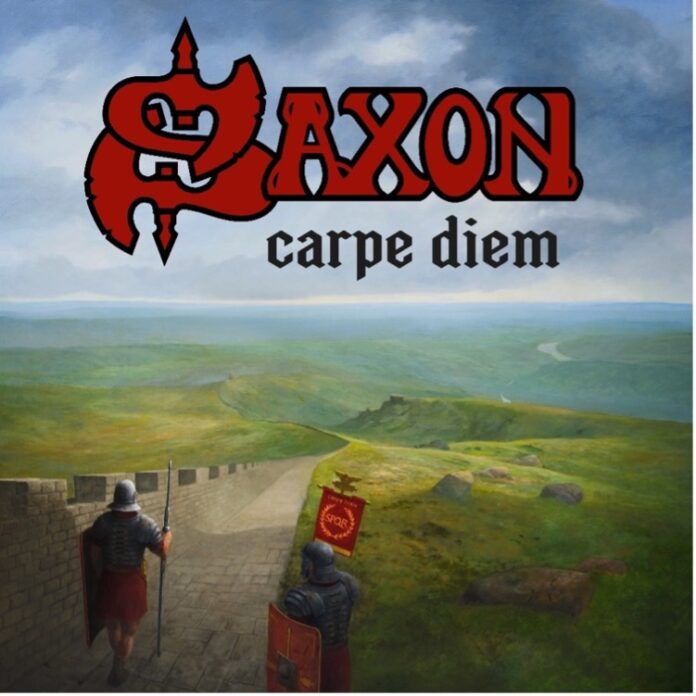 British Heavy Metal legends Saxon are thrilled to announce the release of new single “Black Is The Night” today, which is taken from latest album Carpe Diem. In addition, the band will embark on a full UK/European headline tour this autumn, with special guest Diamon Head. “Black Is The Night” is quintessentially Saxon, a song bursting with heavy metal energy fueled by heavy riffs, stomping drums and intense bluesy reminiscences.

Kicking off on October 2nd in Paris, the Seize The Day Tour will see the band bring their incendiary, energetic and electrifying live performance to 31 cities across Europe and the UK. For the first time fans will experience the band playing songs from latest album Carpe Diem, amongst the classic anthems.

Frontman Biff Byford comments: “Looking forward to the Seize The Day Tour. See you all on the road and enjoy the new video for Black Is The Night!“

Produced by Andy Sneap (Judas Priest, Exodus, Accept and Priest guitarist) at Backstage Recording Studios in Derbyshire with Byford and Sneap mixing and mastering, Carpe Diem strikes the ear as one of the most essential British metal statements of the last few years and not lacking in pace or bite, an album which will ignite the joy in stalwart supporters and attract a whole new legion to the Saxon fold.

All lyrics by Biff Byford. Backing vocals by Seb Byford