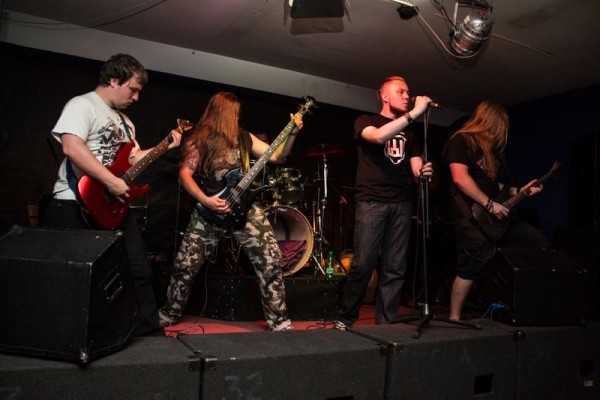 After Massenhinrichtung’s two years of research and historic expeditions to memorable places of hostilities, where some parts of music and lyrics were created “Zakon Zbroi” (“The Order Of Force”) was finished only in autumn 2014. The album is highly conceptual and narrating about raw historical facts of the greatest tragedy of Belarusian Nation – millions of deaths, severe murders, endless devastated sceneries and genuine patriotism of Fallen and Victorious Soldiers.

It’s going to be released as a digipack CD via DARKER THAN BLACK RECORDS on March 22nd 2015.

Tracklisting for  Zakon Zbroi (The Order Of Force)

1. The Dawn Upon The Bug River
2. The Order Of Force
3. The Ghost Of Devastated Motherland
4. The Blizzard
5. The Paths Of Stellar Swamps
6. The Winter Of Belarusian Lands
7. The Dusk