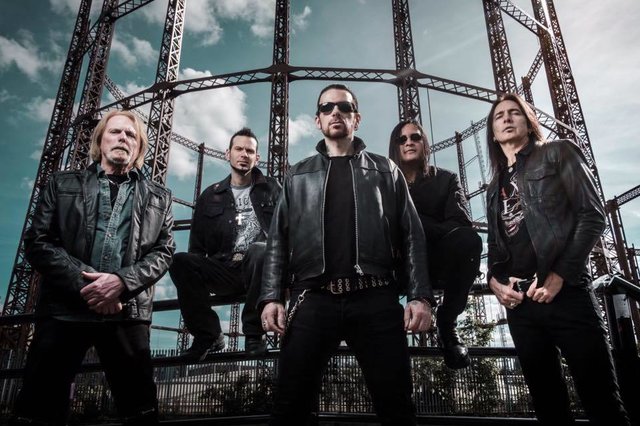 Having already stormed the UK album chart at no.6 with Heavy Fire in February and played a sold out European tour, the UK autumn shows will be another highpoint in a triumphant 2017 for Black Star Riders.

With over 220 live dates under their belt, and with this forthcoming UK run about to kick off, the band wanted to thank fans for coming out to make their shows. Calling for fans to submit photos of them meeting the guys on the road, around 150 photos were picked from over 600 that were submitted to create a special fan video.

Frontman Ricky Warwick commented on the devotion of BSR fans: “To all our dedicated, loyal and magnificent following, thank you for making the Black Star Riders roll and enabling us to rock …Here’s to ya!!”

The Planet Rock Presents tour opens at Wolverhampton Wulfrun Hall on Wednesday 8th November and calls in at Edinburgh, Warrington, Hull, Middlesbrough, Sheffield, Leicester and Cambridge before wrapping up at Portsmouth Pyramids on Sunday 19th November.

“There’s nothing more exciting than playing live”, says singer Ricky Warwick. “Black Star Riders are absolutely thrilled to get back out in the U.K. A wonderful way to round out a great year!”
​
If the prospect of seeing Black Star Riders in their blistering live glory wasn’t enough to tempt you, the sensational support bill boasts Blues Pills, Tax The Heat and Dirty Thrills.