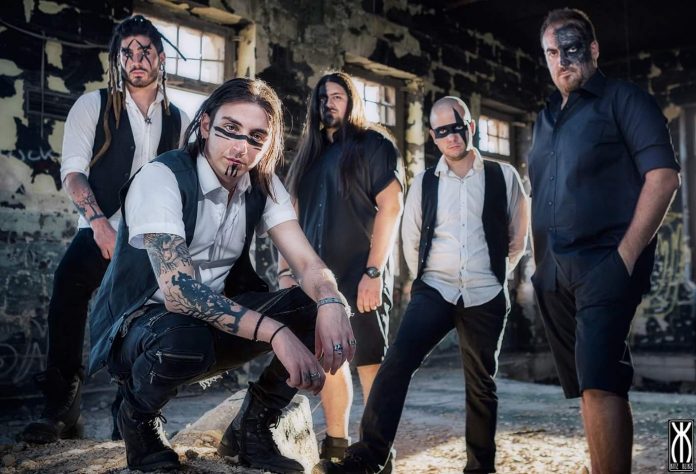 Following their stellar turn at the Rock The Rock Festival in 2017, Maltese metallers Decline The Fall return with their new video for the track “Composing Madness”!

Taken from the band’s upcoming, untitled album, quintet have stated they intend for the record to be out before the end of 2018.

Frontman John Castiel had this to say on the track:
“It’s about dreaming of who you want to be in a world you struggle to identify with, struggling to survive, and how mitigating circumstances can wreak havoc with an individual’s mental health. In this video, we wanted to tackle the topic of depression; how it can have a terrible impact, and the depths in which it can plunge a person.”

On the topic of the album, Castiel had this to say:
“It’s a dark record, I can tell you that much already. We’re still in the early stages musically, but I really want to tackle the darker aspects life. We view this as a vital record for Decline The Fall, as we’ve made some serious headway in the last year, playing alongside some huge bands from around the world. We feel eyes are on us, and we want to deliver.”

DTF, completed by Drummer, Ehren ‘Bunny’ Fenech, Guitarists Matthew Mercieca & Kris Farrugia, and Bassist Fabio Negro, formed in 2015 and have since busied themselves in their homeland, as well as across parts of Southern Europe, including Italy and Romania. In 2017, the band shared the stage with such luminaries as Mayhem, Rotting Christ and Lacuna Coil. With big things on the horizon, Decline The Fall are preparing to fly the flag for Maltese metal across Europe.

For more information on the band, head to their website at www.declinethefall.com!