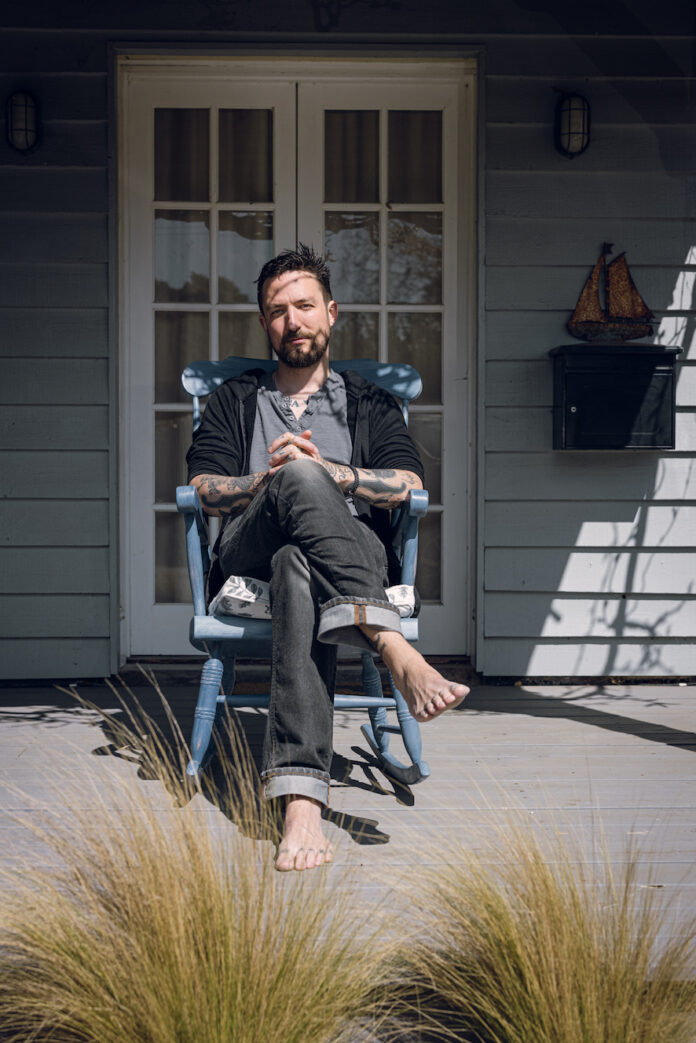 Frank Turner has released the uncompromising ‘Non Serviam’, a two-minute blast of vitriolic hardcore and the latest track to be taken from his upcoming new album ‘FTHC’ following the release of singles ‘The Gathering’ and ‘Haven’t Been Doing So Well’. Speaking about the track, Frank explains “my new record, FTHC, is a punk rock record, and when I say that I’m not kidding. This is the first song from the album, a song about staying true to your artistic ideals, standing firm for the things you believe in.”
Listen to ‘Non Serviam’ HERE.

‘FTHC’ is set for release on February 11th via Xtra Mile Recordings / Polydor. His first since 2019’s ‘No Man’s Land’ with accompanying Podcast, it marks a new chapter in a career that has already spawned four Top 5 albums; nearing an impressive 3000 shows to over 2 million people worldwide and stretching from grassroots venues to Wembley Arena, and the O2. ‘FTHC’ was recorded at ARC – Abbey Recording Studios – just outside of Oxford and produced/mixed by Rich Costey (Foo Fighters, Muse, Biffy Clyro). The album darts between punk, folk, hard rock and singer-songwriter confessionals, starting with the recent single ‘The Gathering’ featuring Jason Isbell and Muse’s Dom Howard. ‘Fatherless’ is particularly revealing as Turner reflects on childhood trauma. ‘A Wave Across A Bay’ is a tribute to his friend, the late Scott Hutchison of Frightened Rabbit.  The album ends with a rumination on leaving the capital after 7300 days for a new life on the Essexcoast with the bittersweet ‘Farewell To My City’. It’s a mini autobiography rooted in time and place, but one that ultimately accepts that it’s time to move on.
‘FTHC’ is now available to pre-order here on CD, deluxe CD, LP, picture disc and cassette, with signed bundles exclusively available from Frank’s UK store.
Frank Turner’s extensive support of the live music scene during the pandemic saw him play countless livestream benefit shows to raise money and awareness of the importance of small venues all across the country. After raising nearly £300,000, he was recently awarded the Music Venue Trust’s award for Outstanding Achievement for Grassroots Music Venues.

Pet Needs and Truckstop Honeymoon are supports at all shows. The Brixton date also features Snuff as special guests.