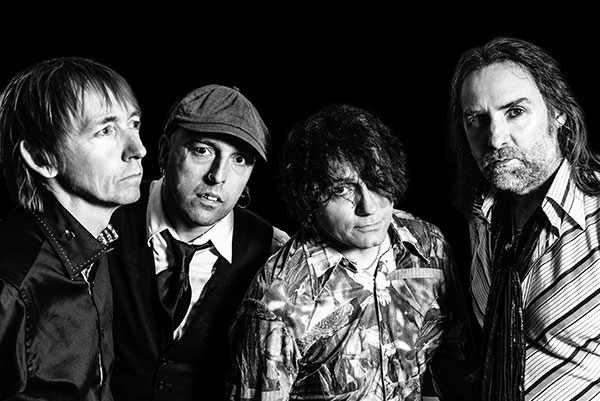 When a band gets mainstream press attention, comes 2nd to Skunk Anansie in the Kerrang Newcomer awards and flirts with label signings like sweets in a sweetshop, you’d imagine a bright road ahead for their musical careers.

Well for Last Great Dreamers, 1995 was the year they courted fame. However glory turned to tragedy and the band subsequently became victims of rejection, a changing music industry and personal tragedy,which lead to the bands untimely demise. In 2003, after the funeral of their tour manager, the band decided enough was enough, and parted ways.

Fast forward a decade……
After a bizarre series of coincidences and a smattering of fate, Last Great Dreamers are back – with a renewed passion to see their music live again.

Throughout two decades of music and life experiences, the band now consists of original members Marc Valentine (Vocals/Guitar), Slyder (Guitar/Vocals) and joining them are Ian ‘Scruffykid’ (Bass) & Ginge (Drums), both with their own Last Great Dreamers stories to tell. Ian was part of the original road crew and Ginge was the drummer for the earlier incarnation of Last Great Dreamers – called Silver Hearts.

The bands full history is a must read, and can be found over at http://goo.gl/6nWsVU

Now they are back with a special single release show @ Cellar, Oxford, February 28th.

On 28th February Last Great Dreamers are launching their new single, “Supernature Natural” with a special show at the Cellar in Oxford. This one-off gig is a prequel to a UK tour currently being booked for April this year, with support at the show from blues-rockers Get Loose.