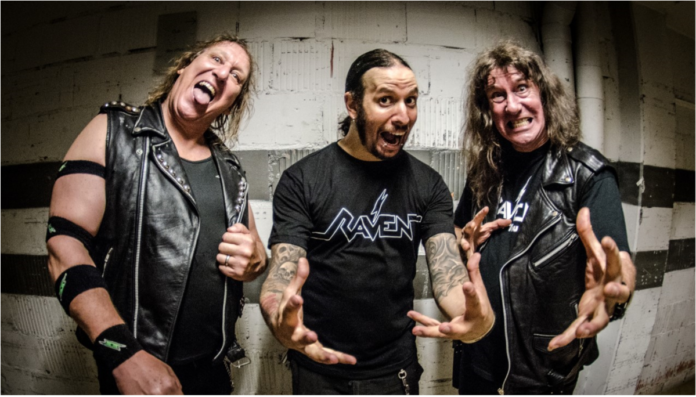 RAVEN are that rare thing in music, true originals – cut these guys with a razor and they will BLEED true heavy metal – a more intense live band does not exist on this planet!

RAVEN released three of the most influential metal albums of the NWOBHM era (New Wave of British Heavy Metal) inspiring every band of that time and beyond. Without RAVEN you just would not have thrash/speed metal… after all, the band did give Metallica and Anthrax their first tours!

Next year RAVEN are set to hit the road once more where they will be celebrating the 40th anniversary of their iconic record ‘All for One‘ and treating their fans by playing the album in full during each show. Joining RAVEN on their UK tour are US band Hellgrimm. In a cynical musical landscape these days, where bands are not “Gangs” but faceless corporations, RAVEN are a band that are REAL not FAKE – and proud of it!

“We cannot wait to get back to Blighty, crank the amps to eleven and visit our ‘ALL FOR ONE’ album in its entirety… 2 of the songs have never been played live so that’s gonna be fun! The band is on fire so we will be delivering the metal in spades!!!!!”– John & Mark Gallagher

Tickets on sale now at ravenlunatics.com