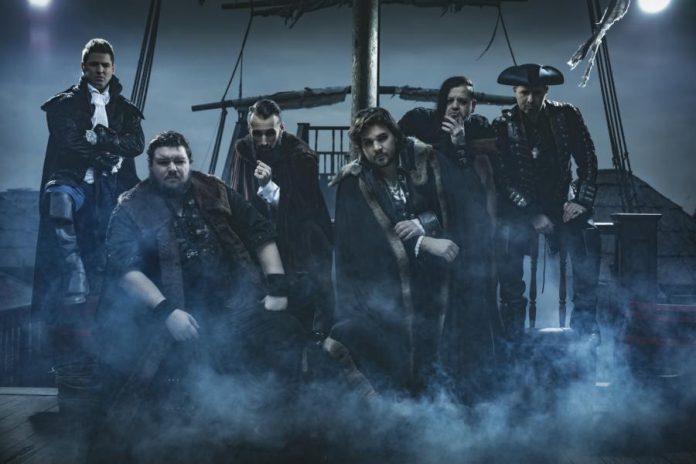 Folk punk rockers PADDY AND THE RATS, who recently signed a worldwide deal with Napalm Records, are set to release their upcoming and hotly anticipated album on April 6th 2018.

It has been already successfully released in their home country Hungary, where the record became a Gold awarded #1 album. ‘Riot City Outlaws‘ is be a bold step into a bright future boosted by the raw and powerful production by Grammy winner Cameron Webb (Motörhead, Megadeth, Social Distortion, Pennywise). Both Cameron and singer Paddy O`Reilly opted for a cool pop-punk approach in the vein of Green Day – overflowing with catchy choruses and dynamic up-tempo songs. Pirate party anthems meet shanties about the darker side of life on the Seven Seas. Tipsy ballads and a healthy infusion of Irish influenced punk rock songs round off a grimy pirate party bringing unwashed pub glory straight to your merry home!

Now the Budapest-based six piece premiered a first video for the track ‘Join The Riot‘, watch it right HERE!

Says vocalist Paddy: „The video for Join the Roit is the first part of a trilogy. The other parts will be released in the next months. In this 3 video we can follow the life of a pirate who had lost his faith, hope and life but finally he has to fight for it. This first one is about a pirate gang and it shows the life of on a pirateship. We tried to do it in a funny way. Do it like a burlesque.”