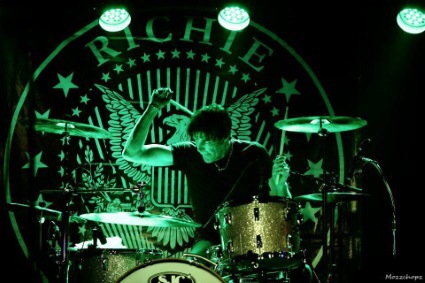 The legendary punk drummer (and notoriously the fastest drummer in The Ramones history) Richie Ramone has confirmed his first series of UK and European shows.

Before the month long run of shows commences (including the UK, Spain, France amongst others ) Richie will release a new single / music video in November – the title track from his album ‘Entitled’.

Richie’s first solo album is out now on DC-Jam Records. Featuring killer new tracks (including the singles ‘Criminal’ and ‘Entitled’) PLUS all-new recordings of some of The Ramone’s classics penned by Richie: ‘I Know Better Now’ and ‘Smash You’.

We are told to expect the unexpected, with Ramone himself adding: “It’s like one big party…I come out front for a little bit to kick the kids in the head and let them steal my jewellery…It’s dangerous.”