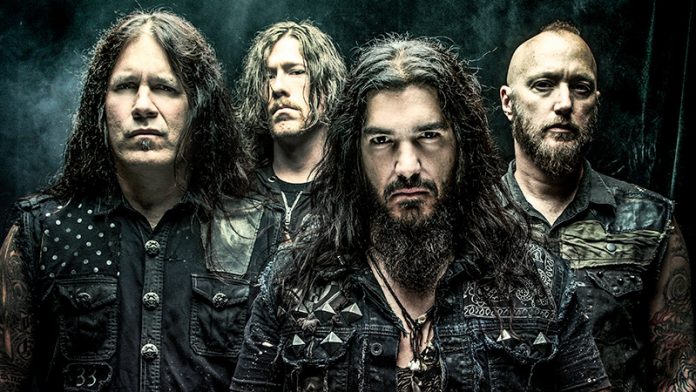 Bay Area metal titans MACHINE HEAD, will release a brand new single entitled ‘Is There Anybody Out There?’ on June 3. “The song is about love, loneliness, racism, and not getting what is going on in the world/America,” comments guitarist/vocalist Robb Flynn. “It’s very much about current events, but applies to a bigger picture.”

‘Is There Anybody Out There?’ will be available digitally for purchase via iTunes, Amazon and Google Play and will also be available on Spotify, Apple Music and all streaming services.

Today, the track made its exclusive premiere via SiriusXM radio’s Octane channel. Check out the track here: http://blog.siriusxm.com/2016/06/01/machine-head-shares-world-premiere-of-new-single-is-there-anybody-out-there-on-octane/

View the making-of video clip for ‘Is There Anybody Out There?’ Part 1, here.

Robb Flynn recently recovered two stolen guitars that were taken from his home in 2010. Watch video of him being reunited with his cherished axes, one of which was given to him in 1997 by Dimebag Darrell, here – https://youtu.be/HcCq1V0OF8g

The original KTVU news broadcast about Robb’s stolen guitars can also be viewed at the following location:  https://youtu.be/tWFuyEYd0ao

For more on MACHINE HEAD, point your mouse at www.machinehead1.com orwww.facebook.com/machinehead.