PUT DOWN SOME ROOTS 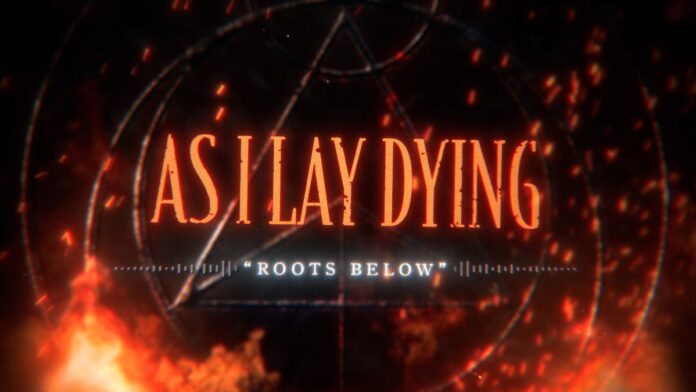 Today, San Diego quartet As I Lay Dying have released a video visualizer for their new single Roots Below. Staying true to the sound they are known for, the track is the first single initially written during the Shaped By Fire writing sessions. Watch the visualizer here: https://youtu.be/F7VlJyrELz0

Phil Sgrosso states,
“Roots Below was a track I initially wrote for the Shaped By Fire album, but at the time we collectively felt it needed more time and attention to develop it to its fullest potential. We were finally able to piece it all together along with some other material taken from the Shaped By Fire touring cycle, bundling it all into a deluxe version of the album. Apart from the studio versions of Roots Below and Destruction or Strength, there will be an assortment of live songs captured on tour from 2019 in Europe, several ballad/electronic re-interpretations, a studio version of an instrumental track we wrote exclusively for the live show, an instrumental version of the entire album, as well as some other transitional pieces from our set that we wanted to share as part of this release. This has been a very productive first step towards getting back into the creative zone and beginning to focus on new material for next year.”

Today, the band also shares details for the deluxe edition of Shaped By Fire which is scheduled for later this year. Stay tuned for more information.

Below is the Shaped By Fire Deluxe Edition tracklist:

Previous article
SILENCE PLEASE
Next article
RYP IT UP