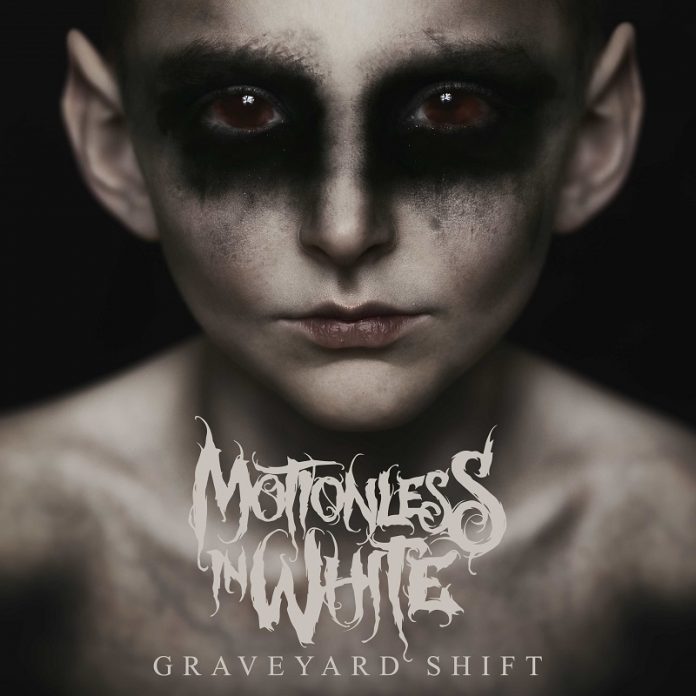 MOTIONLESS IN WHITE have released ‘Rats’, another new track taken from their forthcoming album, ‘Graveyard Shift’, which was released via Roadrunner Records on 5th May.

Check out the track.

‘Graveyard Shift’ is available to pre-order at https://miw.lnk.to/GraveyardShift with all digital pre-orders receiving instant downloads of ‘Rats’, as well as the previously released tracks, ‘LOUD (Fuck It)’, ‘570’ and ‘Eternally Yours’.

MOTIONLESS are set to spend the summer on both the US and European summer festival circuit, including a slot on the main stage at Download Festival on Friday 9th June.  Full dates can be found at www.motionlessinwhite.net.
MOTIONLESS IN WHITE are; lead singer Chris Motionless, guitarists Ryan Sitkowski and Ricky Horror, bassist Devin ‘Ghost’ Sola and drummer Vinny Mauro.
For more, contact michelle@cosanostrapr.com or point your mouse at www.motionlessinwhite.net, www.facebook.com/motionlessinwhite, twitter.com/MIWBAND, instagram.com/MIWBAND and www.youtube.com/user/motionless1234.
Album tracklisting:
1. Rats
2. Queen For Queen
3. Necessary Evil (Feat. Jonathan Davis)
4. Soft
5. Untouchable
6. Not My Type: Dead As F*ck 2
7. The Ladder
8. Voices
9. LOUD (F*ck It)
10. 570
11. Hourglass
12. Eternally Yours