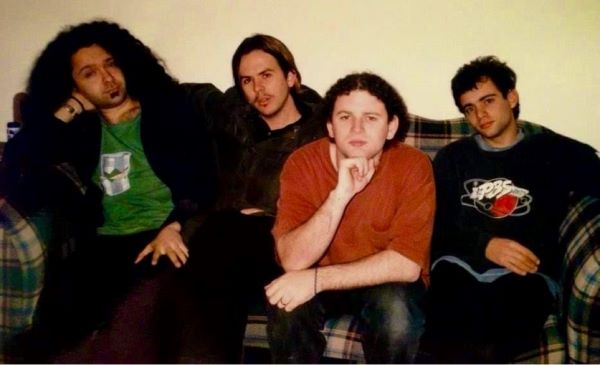 Four-piece Australian alt/rock project Hyperdrive Stereo, signed to Golden Robot Records, recently announced that their debut will be released in November 2022, after 20 years in the making.

In the lead up to the album release Hyperdrive Stereo have just dropped the first single ‘Contact‘ off the album, which is available now on all digital platforms.

‘Contact’ is a story of a confused and doomed young couple who have made a series of mistakes that they can’t undo. They have each other for the moment, but their bond won’t be enough to save them from the consequences of their bad choices. The song portrays an un-comforting clouded landscape of tragedy and despair.

Hyperdrive Stereo consists of Mat Robins and Mark Robins from Australian band, Cicadastone, actor/writer/producer/comedian/musician, Jason Gann, (best known for his role as the title character in the Australian comedy series ‘Wilfred,’ and the U.S. reboot of the same name), and Agostino Soldati.