Pump Up The Volumes 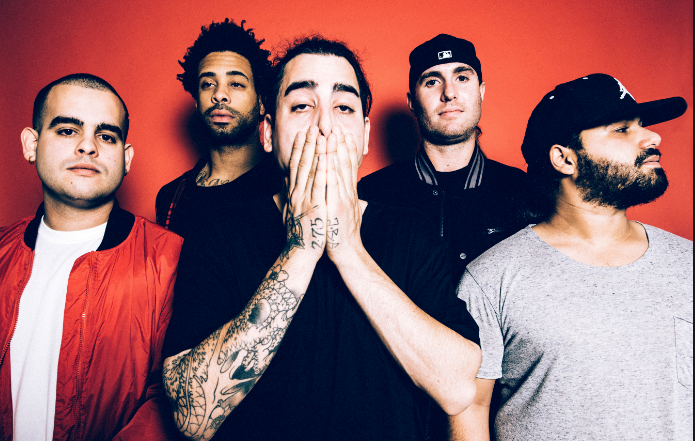 The band has also released  brand new song and video for the album’s second single ‘On Her Mind’ (feat. Pouya), and follows the single ‘Feels Good’, which was the first track released with new vocalist Myke Terry.

Different Animals is available to pre-order HERE, with instant download of ‘On Her Mind’ with each purchase.

“We’re very excited on this next release,” guitarist Diego Farias says. “We have painstakingly worked on this album for the past 2+ years and all through so many ups and downs within our band. It’s been a trip to say the least; however, we are so excited and proud with what we are about to give you, our fans, who have stuck by us, through the good and bad…with this album.”

Formed in 2009, VOLUMES are known to blend together an eclectic mix of musical influences, forging a creative bond between several types of genres that are worlds apart. The line up includes Myke Terry (Vocals), Gus Farias (Vocals), Diego Farias (Guitar), Raad Soudani (Bass), Nick Ursich (Drums). VOLUMES have been a stand-out in their genre for having two dynamic vocalists, utilizing different ranges of singing and screaming to create a layered, charismatic, volatile sound which leaves listeners begging for more. The combination of their efforts results in a fusion between intricate patterns, melodies; aggressive, straight to the point, metal. The band is currently putting the finishing touches on their third full-length, which will follow 2014’s No Sleep, and Via (2011), which both peaked at #1 on the iTunes Rock & Metal Charts.

The band will hit the road for The New Reign Tour in the USA as support to Born of Osiris, with additional support from label mates Oceans Ate Alaska, Within The Ruins, and Fire From The Gods, and will hit the UK later in 2017.